Set up a FREE personalized skin consultation with our team.

Once upon a time, the ASC team would draw a name from a hat and that lucky person would get to keep our office Himalayan pink salt lamp on their desk for a whole month. The lamp made its way around the office and everyone felt a sense of love and peace when it was their turn to work alongside it.

We’d heard that there were some benefits you could get from using a Himalayan pink salt lamp, which made us wonder if our love of the lamp was the result of the placebo effect and the excitement over having our name drawn, or if there are real benefits. As usual, we wanted to do a little research to find out the truth.

how does this work?

The heat produced from the lamp dries the vapor leaving the allergens and dirt particles on the salt. It’s thus important to clean your salt lamp every couple of weeks with a damp cloth to remove all this grime.

It may be obvious, but the more surface area the lamp has, the more effective it will be because it will be able to hold more allergens.

Himalayan Salt Lamps (Sort Of) Give Off Negative Ions

If you have ever spent time next to the ocean, a waterfall, or sat outside during a rainstorm, you know how calming the water is and how clean the air feels. That’s because when water crashes, the molecular bonds break and negative ions are released.

Negative ions are good for you for several reasons, the main one being that they pull positive ions from the air.

Why positive ions aren’t so positive

Positive ions are released by things like electrical devices and air pollution. They have been linked to asthma and depression so you can imagine that it’s in your best interest to neutralize them before they can impact your health.

Negative ions bind to positive ions in the environment, neutralizing them before they have a chance to get into our bodies and wreak havoc. Studies have shown negative ions to help increase serotonin and oxygen levels in the brain, which can decrease drowsiness, alleviate stress, and boost energy. In fact, some studies suggest they’re as effective as antidepressants for people experiencing chronic depression or seasonal affective disorder.

So do the lamps release negative ions?

Himalayan pink salt lamps are often touted for releasing negative ions into the air and therefore being beneficial for all the reasons we just talked about. And they do release a very small amount, but it’s negligible in comparison to what you’re exposed to during a walk after a rain.

To get any real negative ion love from your salt lamps, you would need to have it on for days in a space where you’re sitting all the time. The surface area of your salt lamp makes a difference here as well so a small salt lamp will release fewer negative ions than a larger lamp.

Himalayan Salt Lamps Expose Us to Different Wavelengths of Light

I think this one is my favorite because it uses color therapy. Color therapy is an ancient therapeutic technique that uses the different wavelengths of colors to alter mood. It’s shown to have physical, emotional and spiritual influences, although they are very difficult to quantify.

In the natural environment, the sun’s rays penetrate the atmosphere and turn the sky blue. Blue light is energizing and mood elevating so natural daylight helps to control our circadian rhythm.

However, the screens we look at all day long and the LED and florescent lights above our heads give off a blue light, too. When we’re continuously exposed to artificial blue light, we can get burnt out by it. The overexposure leads to increased bouts of eyestrain, headaches, and mental fatigue.

The Himalayan pink salt lamp lets off this beautiful pink/orange glow that is reminiscent of a sunset. Just as the blue light is energizing, the slower wavelengths in the warmer colors are relaxing to the mind and easier on the eyes. I think about it like the difference in the natural energy cycle at high noon and at sunset.

The salt lamp is great for balancing the extra blue light.

We still aren’t sure if what we experienced was the placebo of getting our turn to have the lamp on our desk or a mixture of all the positive (if small) changes that it makes to a space, but we’re saying yes to the Himalayan pink salt lamp.

Even though they don’t make a huge difference in negative ions and they aren’t going to be as effective as an air purifier, they make a great addition to a space and definitely have a positive impact in some way.

The aesthetic alone makes the lamp worth keeping around, and if it has an effect on the air and helps to calm our minds even in the slightest, then it’s even more worth it!

What do you think about the Himalayan salt lamp benefits? Do you have one?

Aub is a certified clinical herbalist and content strategist/creator. She is the co-founder of Dandelion Branding, a digital marketing company that works with brands that are focused on revolutionizing their industries. When she’s not working on a project, you can…

Our skin is affected by many factors, including our environment, health, the food we eat, and more. Get your free personalized results and find out your skin snapshot! 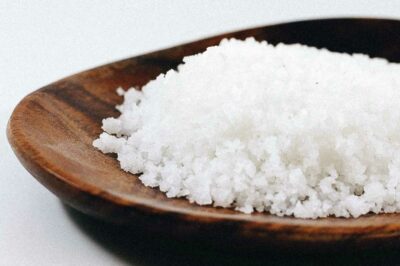 We Might Have a Crush on Aztec Sea Salt