14 Plants to Help Clean the Air in Your Home 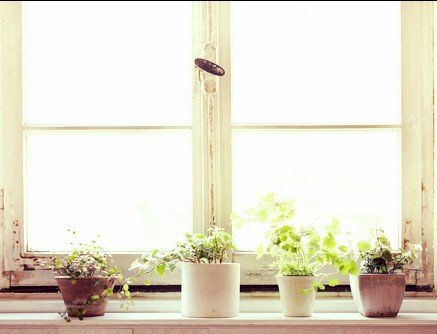 In a previous post, we talked about how pollution not only increases risk of respiratory illnesses, heart disease, learning disabilities, and even cancer, but can also accelerate the appearance of aging.

Scientists have linked pollutants like dust, traffic particle emissions, soot, ambient particles, and others to an increased risk of age spots, hyperpigmentation, fine lines and wrinkles, and nasolabial fold lines.

We can protect ourselves from outdoor pollution by covering the skin when we go outside, wearing sunscreen, and consuming and applying antioxidants, or using other outdoor skincare products… But unfortunately, outdoor pollution isn’t the only problem.

According to the Environmental Protection Agency (EPA), “studies of human exposure to air pollutants by EPA indicate that indoor levels of pollutants may be 2 to 5 times—and occasionally more than 100 times—higher than outdoor pollutant levels.”

They add that indoor air pollutants have been ranked among the top five environmental risks to public health.

Just when you thought that home was your sanctuary!

Fortunately, we can reduce indoor pollution by vacuuming and dusting frequently, opening a window whenever we can, and investing in a quality air filter. But there’s another way to make indoor breathing easier while adding a touch of class to our indoor spaces: use more houseplants! Any greenery helps, but there are certain plants that clean the air better than the rest.

Space-Age Research to the Rescue

Our explorations in outer space have brought us more than an improved knowledge of the cosmos. Beyond all the new technology and innovation, NASA research also helped us realize that the humble little houseplant could do a lot for our indoor air quality.

In the 1960s, an environmental scientist by the name of B.C. “Bill” Wolverton was studying how the Earth’s environment works to naturally clean itself of pollutants. He was working at a test center in Florida where the local waters were polluted with Agent Orange. He discovered that the swamp plants were cleaning it out!

Based on his discoveries, the Space Agency funded further research, in the hopes that Wolverton could find information that would help design sustainable living environments for long-term living in space. He continued to study how plants could clean wastewater, and then moved on to look at how they could improve air quality.

Results showed that plants were helpful in removing toxic chemicals from the air called volatile organic compounds (VOCs)—including things like formaldehyde, benzene, trichloroethylene—all potential carcinogens that can be off-gassed from materials used in constructing homes and buildings.

NASA tested the concept by creating the “BioHome,” a building designed for one and made entirely of synthetic materials. Initially, people who entered the facility suffered from burning eyes and breathing problems. NASA tried filling the room with houseplants. Turns out they not only made the building more comfortable, but they actually reduced volatile organic compounds in the air, as proven by scientific analysis.

In 2011, Environmental Health Perspectives published an article on houseplants and healthier indoor air. They mentioned NASA’s studies, as well as other research from the University of Georgia, in which scientists discovered that different plants could remove benzene, toluene, octane, and trichloroethylene from the air.

Additional studies in 2011 found that potted plants could remove formaldehyde, while scientists from Brazil determined that certain plants could also remove mercury vapor. An earlier study from 2009 discovered that some plants could reduce ozone concentrations in an indoor environment. Ozone is a frequent component in smog, and can cause lung irritation and inflammation.

Put the Science to Use

How can you put all this research to work in your home—and for your skin?

Invest in the right plants, position them according to the tips below, and then just make sure they get enough light, water, and fertilizer, and breathe in the difference.

Your skin will thank you!

Tips for Using Plants to Clean Your Air

Plants that Clean the Air

Though most any plant will help improve air quality, the following have proven themselves in studies to remove the chemicals listed:

Do you use plants to help reduce indoor air pollutants? Please share your tips.