Steam it Out: 5 Health Benefits of Saunas 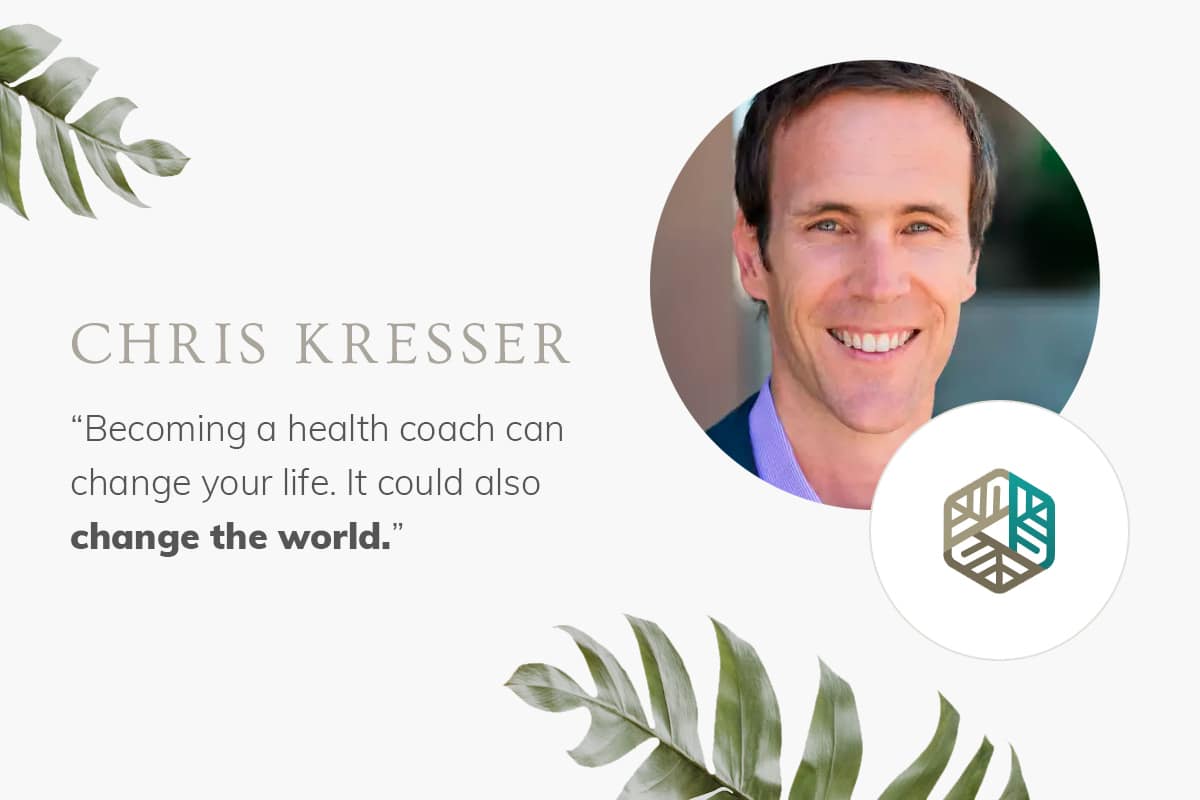 Contributed by our friend Chris Kresser. For more info on his new ADAPT Health Coach Training Program, see the bottom of this article.

Saunas have been around for hundreds of years as a relaxing and therapeutic practice. (1) The Finnish enjoy sauna baths weekly or more often—a custom that we might want to adopt. Read on to learn about the many health benefits of regular sauna use, both in healthy people and in patients with a variety of health conditions.

Saunas are common in spas and are popping up in fitness centers across the United States. Most people find a sauna relaxing after a spa treatment or a workout. Saunas might not only feel good but could also be advantageous for your health. In the past two decades, dozens of studies have reported health benefits from regular sauna use.

Saunas come in three varieties: dry, steam, and infrared. A dry sauna is based on the traditional Finnish sauna, with low humidity and a high temperature, from 80 to 100° C (176 to 212° F). (2) A steam sauna has higher humidity and therefore cannot be as hot as a dry sauna. Steam saunas are more uncomfortable and stressful than dry saunas. (3)

What happens to your body in a sauna

Saunas are hot—so hot, in fact, that the body’s usual means of cooling down through sweating cannot compensate for the extreme heat. As a result, oral temperature rises 1 to 3° C (1.8 to 5.4° F), and rectal temperature increases up to 0.9° C (1.6° F), depending on humidity, temperature, and duration. (4, 5, 6) Heart rate increases by up to 130 percent. (4) This is accompanied by increased cardiac output and reduced blood pressure.

The endocrine system responds to the heat by increasing several circulating hormones. (1) Growth hormone increases, which also happens after a deep sleep or fasting. Beta-endorphins, which are responsible for the “pleasure” and “analgesic” effects of a sauna, also increase. Norepinephrine increases, causing the increased heart rate. (7)

Are saunas healthy? Here’s what the research says.

A single sauna session stimulates the immune system. White blood cell, lymphocyte, neutrophil, and basophil counts are all increased, which may translate to fewer illnesses. (8) In a six-month study, participants who engaged in regular sauna baths had significantly fewer colds than the control group over the same time period. (9)

Saunas might also reduce oxidative stress, which is linked to cardiovascular disease, cancer, and degenerative diseases. After a 30-minute aerobic workout, men who recovered in the sauna had significantly lower markers of oxidative stress than those who followed their workout in room temperature. (10)

The physiological effects experienced during sauna baths translate to a variety of health benefits, including positive outcomes for cardiovascular health, fitness, and detoxification.

Heart disease was once contraindicated for saunas, but more and more research is proving the opposite—that saunas can be safe and actually beneficial for people with cardiovascular disease. A 2015 prospective study followed 2,315 middle-aged Finnish men for 20 years. Those who frequented saunas the most (four to seven times per week) had a lower risk of sudden cardiac death, fatal coronary heart disease, and fatal cardiovascular disease compared to those who visited saunas two to three times per week or one time per week. (2) Incredibly, increased sauna use was also associated with lower all-cause mortality.

A large number of studies highlight many cardiovascular benefits of regular sauna use, especially Waon (infrared) therapy, including the following:

Nitric oxide, a vasodilator, increases during a sauna bath, which may be one mechanism by which sauna therapy has been shown to lower blood pressure. (17) Frequenting the sauna twice weekly for three months decreased blood pressure in hypertensive men from 166/101 mmHg to 143/92 mmHg, a result similar to taking one blood pressure-lowering medicine. (1, 19)

Probably at least partially due to its cardiovascular benefits, sauna use can improve athletic performance. In a cross-over study, runners had better endurance and higher plasma red-cell volume after regular sauna therapy. (22) Cyclists also benefited from sauna therapy, shown by increased plasma volume and better heart rate recovery after a cycling test. (23)

We are exposed to thousands of environmental toxins, and we don’t yet understand the long-term health effects of the vast majority of them. Sweating as a means of detoxification is a controversial topic, but there’s no denying that our sweat contains toxins like BPA, phthalates, and heavy metals. (24, 25, 26) In people who have higher toxic body burdens, the concentration of toxins in sweat can exceed that of the plasma or urine, indicating that increased sweating could help rid the body of harmful substances. (27)

In several small studies, detoxification therapies have incorporated sauna baths. Police officers were treated successfully for methamphetamine exposure using a combination of exercise, nutritional support, and sauna therapy. (28) Women with occupational exposure to solvents improved after therapy that included sauna use. (29) In a case report, a patient recovering from mercury poisoning used sauna sweats to help recover after chelation therapy. (30) Using saunas to aid in detoxification is a promising option, but further exploration into understanding the mechanisms is needed.

Numerous other positive health outcomes have been linked to sauna use:

A lot of what the body experiences in a sauna is similar to what happens during exercise—increased heart rate, nitric oxide, acute metabolic rate, and oxygen consumption, to name a few. (38, 39, 40) Many of the benefits of saunas discussed above are also benefits of regular exercise, probably not coincidentally. I’m not suggesting that you replace your weight lifting and yoga with daily sauna baths, but incorporating saunas into your wellness routine could be a healthy addition.

Who should avoid the sauna?

Recommendations on who should avoid saunas have changed over the years. Although pregnancy and saunas are often contraindicated, several studies have concluded that saunas are not teratogenic (i.e., they don’t disturb the development of the fetus) in healthy women. (41, 42, 43, 44) However, one study reported that sauna use near conception for the mother or father and in early pregnancy for the mother were linked to increased brain tumors in the children. (45)

The basis for recommending against sauna use for pregnant women probably stems from the fact that fevers during early pregnancy are correlated with neural tube defects. (46) In pregnant animal models, teratogenic effects don’t occur until the mother’s core temperature is raised 1.5° C (2.7° F). (1) Under regular conditions, a sauna visit is short, unlike a fever that can last days, and body temperature shouldn’t increase 1.5° C (2.7° F). If you are adamant about wanting to continue the sauna during pregnancy, play it safe and consider decreasing the duration and temperature, or avoiding it during the first trimester altogether.

Sauna use may, at least temporarily, impact male fertility. Decreases in sperm count, motility, and average path velocity following a few weeks of regular sauna use have been reported in the literature. (47, 48, 49) Prospectively, sauna habits had no effect on overall fertility, according to people’s reported habits. (50) If you are having trouble conceiving or anticipate that you might, temporarily dropping the sauna habit is worth a shot.

People who already have heat sensitivities, such as those with multiple sclerosis, probably want to avoid the sauna. (53)

Saunas can feel relaxing and luxurious, but don’t forget that they are also stressful for the body. Be smart about it. Go into the sauna well hydrated, don’t stay beyond your comfort level, and don’t exceed the recommended 20 to 30 minutes, even if you are not yet feeling uncomfortable.

Do you use saunas for their health benefits? Share your experience in the comments below!

About the Author: Chris Kresser is a best-selling author and the founder of Kresser Institute. He has just opened the doors to the ADAPT Health Coach Training Program, a comprehensive, year-long program that fully equips coaches to take on this challenge.

When it comes to health coaching programs, it’s the Wild West out there.

Some offer just straight-up coaching skills. Others focus solely on nutrition (and provide little more than a survey of diets). Still others center on marketing, with no real emphasis on skill building.

What’s rare is the program that covers all of these things—plus an emphasis on the only evidence-based approach to diet and lifestyle proven to reverse and prevent chronic disease.

If you’re looking to start a career in health coaching, invest in your education in a way that fully prepares you to do this work confidently and masterfully. Enroll in the ADAPT program today!

Previous Post: « The 7 Most Common Tap Water Contaminants And What You Can Do About Them
Next Post: Eating Keto: Hot Melt Garlic Lime Salmon Recipe »