Set up a FREE personalized skin consultation with our team.
MENUMENU
Hot Topics

Is Your Sunscreen Killing Coral Reefs? 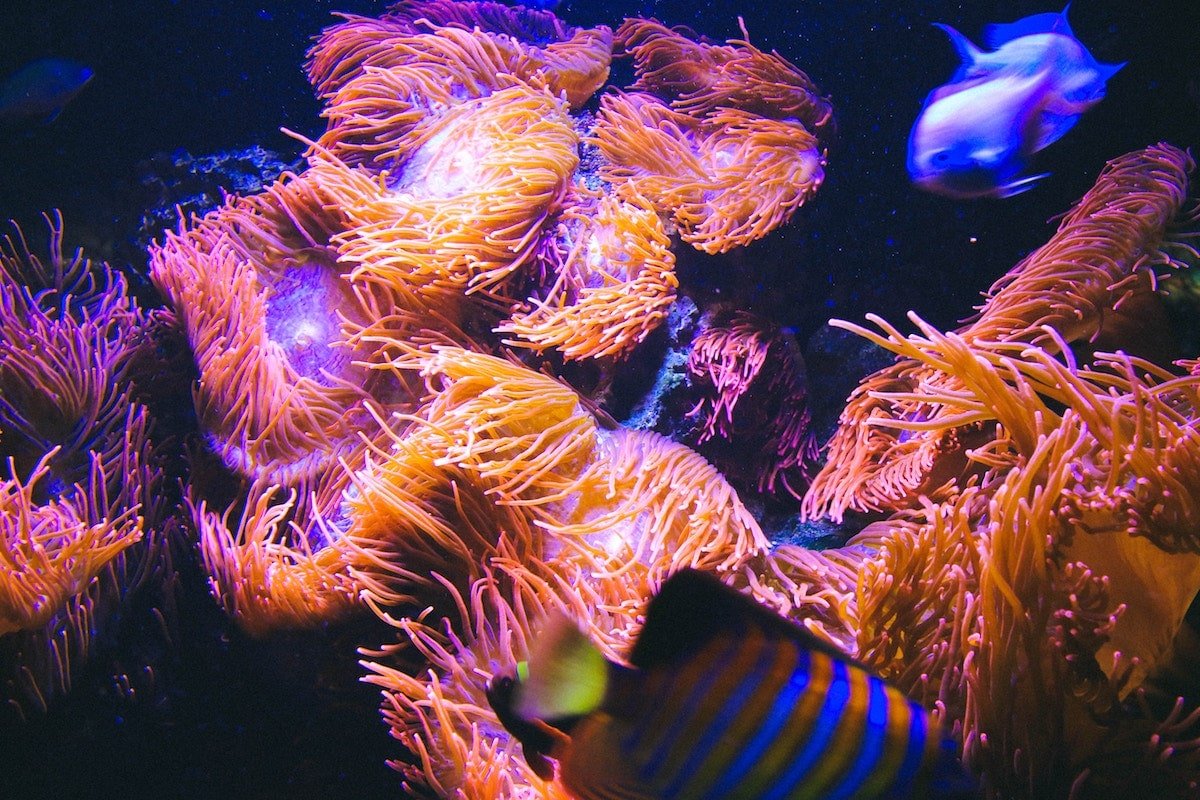 The sun-kissed yellow tail of the shy, electric purple Royal Gramma fish can be seen sticking out ever so slightly from its hiding place. Vibrantly speckled royal blue ruffles of the Tridacna Clam sway softly in the underwater currents. The intertwined, volcanic red limbs of the Sea Fan brighten the ocean’s floor.

Along with millions of other species around the world, they create the beautifully eclectic menagerie of sea organisms that reside in a coral reef.

Coral reefs have a humble beginning as a single sea polyp that attaches to a surface harder than itself. From the life cycle of that single polyp, the most diverse marine ecosystem is created.

Why Reefs Are Important

In addition to being the home to millions of aquatic species, coral reefs are a resource outside of the ocean as well. Coral reefs provide a natural protective barrier for coastal communities and beaches. They often serve as a food source for coastal residents, creating jobs for those who harvest the reef’s resources.

Some of the organisms contained within coral reefs have medicinal properties that have been used in developing treatments for bacterial infections, cancer, Alzheimer’s disease, heart disease, and many other ailments.

Why Reefs Are In Danger

Many reefs have evolved to create their own system of chemical defenses, protecting them from outside predators. Sadly, these self-sufficient “cities” cannot protect themselves from every hindrance to their well-being.

The threats to coral reefs outnumber their allies. Their lifespans are either in danger of extinction, or have already died. It has been reported that approximately 50% of Australia’s Great Barrier Reef has died since 2016. A popular tourist destination in Hawaii, Hanauma Bay, which is a fraction of the size of the Great Barrier Reef, has lost approximately 10% of its coral reef. 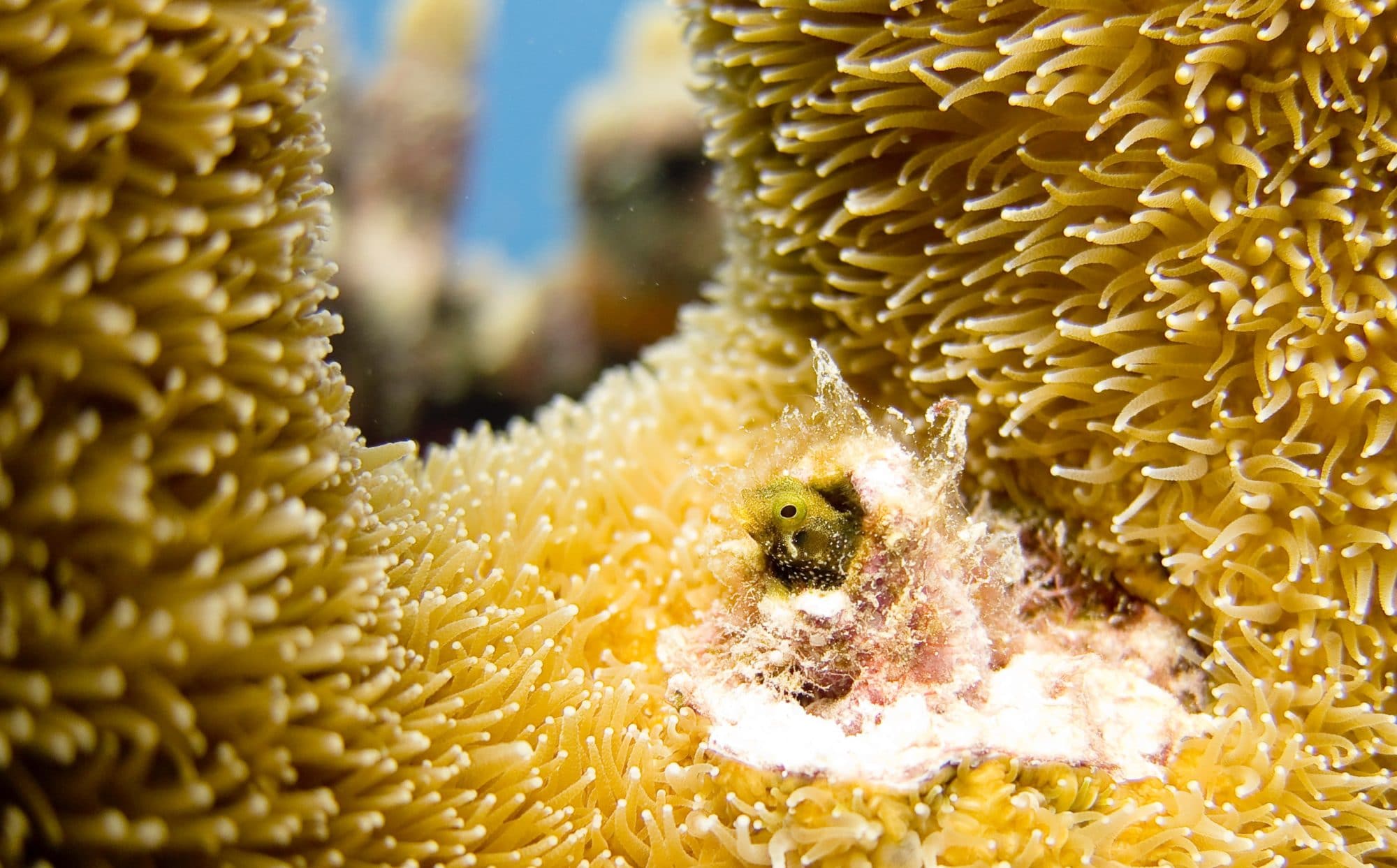 How humans contribute to the destruction

Sadly, most threats to coral reefs are due to mankind’s overzealous methods of occupying the earth. Not utilizing sustainable fishing methods, coastline construction, global warming, and coral mining are just a handful of the known large scale causes of coral reef death.

Pollution walks the line as both a large and small scale threat. The small scale destructive forces at work are not always recognizably obvious—especially when we fail to consider the items we use everyday that are considered safe.

The dangerous ingredient in your sunblock

One of those “safe” items is sunblock. The ingredients in sunblock have adverse effect on our coral reefs. The main ingredient reeking havoc is oxybenzone.

The simplest explanation of oxybenzone(benzophenone-3) is a soluble organic compound that acts as an ultraviolet light absorber and stabilizer, commonly found in many cosmetics and sunscreens. The absorption properties help minimize the damaging effects of UV, UBA, and short-wave UVA rays to the skin when used in conjunction with other ingredients in sunscreen.

When used in hair products it aids with preventing the deterioration of hair proteins. Despite the positive uses of this compound, there are far more unfortunate effects on both the environment and humans.

The Effects of Oxybenzone on Coral Reefs

Sunblock has played an unintended role in the demise of coral reefs across the globe.

The UV filtering component of oxybenzone is the main culprit. In relation to coral, oxybenzone is hugely detrimental to baby coral and zooxanthellae algae. Baby coral are more susceptible to deformities and DNA damage, stifling proper growth and their ability to reproduce.

Coral bleaching is the more damaging effect to coral reefs, due to it compromising the synergistic relation between coral and algae. Zooxanthellae is the algae that lives in the tissue of coral. It is the main source of the coral’s nutrients, giving it its color. When the oxybenzone is introduced to their environment, it becomes a pollutant that kills the algae.

What is coral bleaching?

Once the algae dies, the coral is no longer provided with a food source. The coral’s once vibrant color is now pale, often white; hence the term, “coral bleaching.” Coral bleaching may not always equal death. But, once the coral has reached this stage of decomposition, disease and mortality are highly likely.

With the death of coral, the life of the reef is also lost. This puts the survival of its millions of worldwide inhabitants in jeopardy.

what role do companies play in this?

The expectation should be that companies are diligent in educating themselves on the the environmental impact of their product’s ingredients. Unfortunately, more often, it’s independent research studies that reveal this much needed information.

Studies on sunblock’s effects on the environment can be traced back as early as 2002, when the CDC and Danovaro R, et al, and others have published their research findings supporting the claims of oxybenzone’s negative effects. 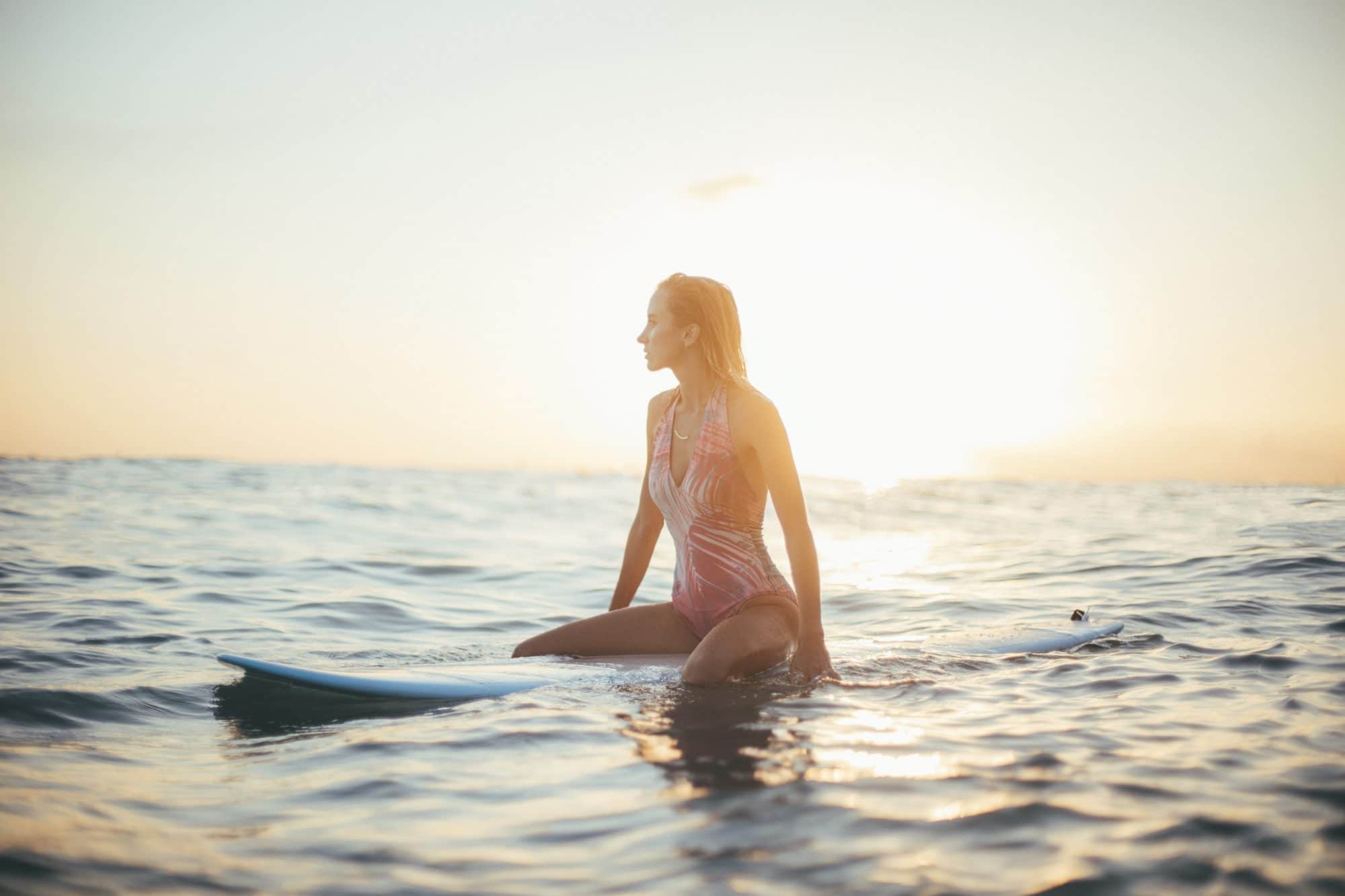 The Effects of Oxybenzone on Humans

According to the CDC, more research is required before a clear determination of all the effects of oxybenzone on the human body. What is known is oxybenzone can cause both skin allergies, and skin reactions when exposed to sunlight light.

How prevalent is it?

In studies performed on a particular sample group, over 90% of the participants selected for the study tested positive for oxybenzone in the urine samples they provided. Oxybenzone is in so many products, contamination is highly likely. There is also other research that suggests our absorption of oxybenzone weakens our bodily defense system, enabling the entry of other unknown chemicals into our body.

Some studies have also shown oxybenzone may contribute to a hormonal imbalance of estrogen, testosterone, and the adrenal hormonal system. There is conflicting information related to the percentage of the population they are actually affected based on usage and other factors.

However, the information currently provided in the various research studies is enough to create more conversations for alternatives to oxybenzone.

The law goes into effect Jan 1, 2021, but some locals have already started the process of ridding the island of these products. This small step in the right direction, should it occur worldwide, could have a profound effect on the overall re-growth and health of coral reefs across the globe. 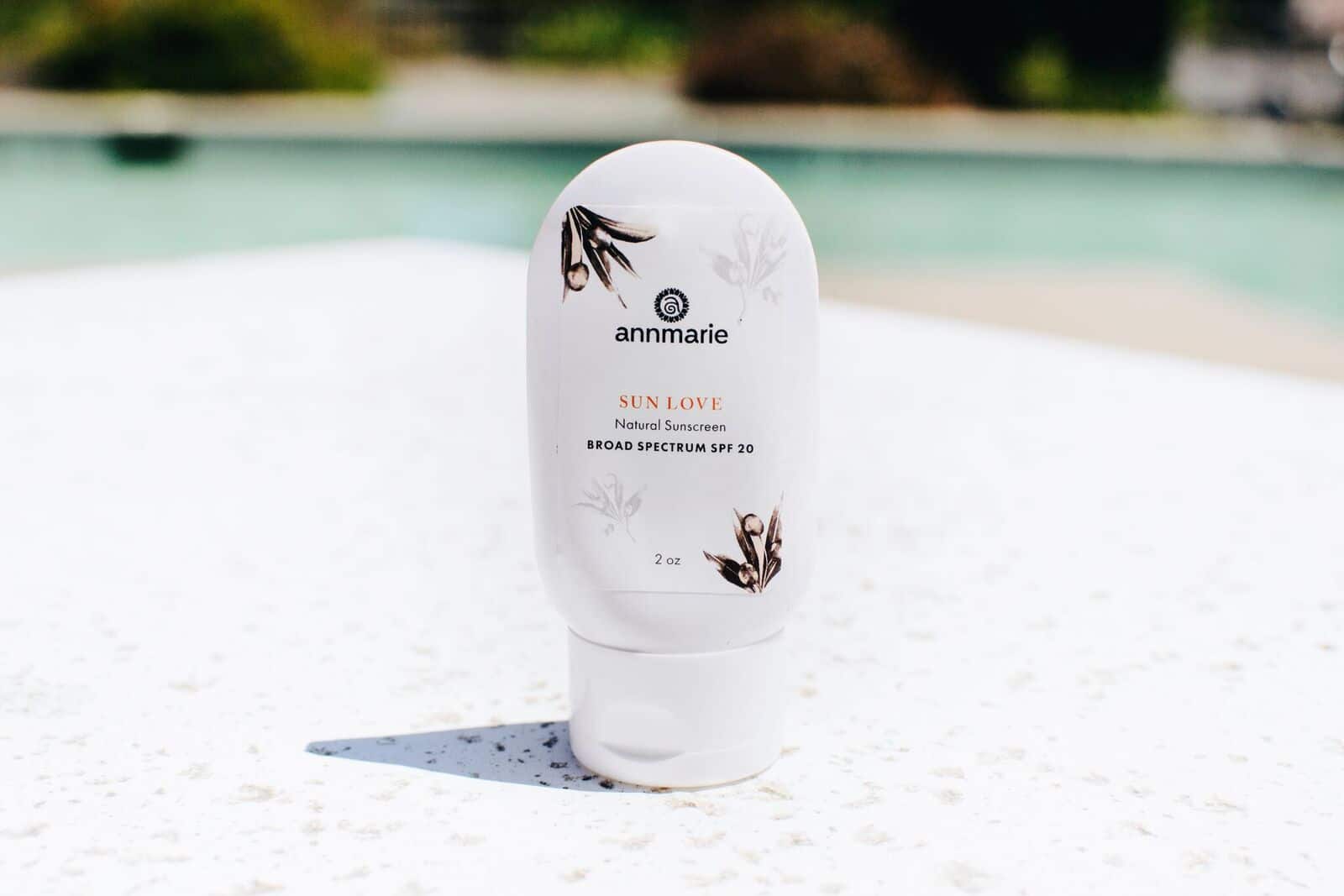 The good news it that there are several safe alternatives to oxybenzone-laden sunscreens. Our line features Sun Love—Natural Sunscreen formula. This totally natural, clean formulation is reef-safe and your skin will thank you. We've included several sources that we used to research for this piece that can be immensely helpful if you're looking to learn more. We're dubbing them “The Oxybenzone Info Starter Kit”. They can help you get started on your own research journey.

Does your sunscreen contain oxybenzone? What alternatives have you found? Share in the comments!

Shirell is a street taco connoisseur who enjoys piña coladas and taking walks in the rain. She specializes in being an epic plant-mom, taking on one too many DIY projects, connecting humans to their career dreams, and cooking random recipes she finds online. A vacation rental in all of her favorite…
Read more

Previous Post: « 9 Habits to Break Now if You Want Amazing Skin
Next Post: Face Mapping: the Respiratory System and Your Cheeks »
Reader Interactions