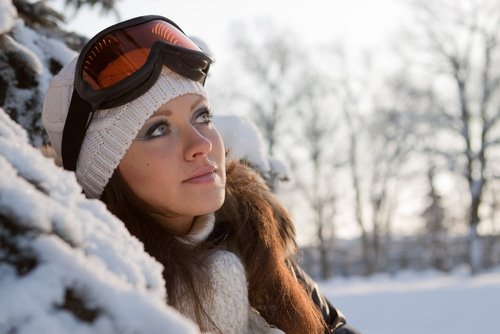 For decades now we've been told to wear sunscreen to protect ourselves from skin cancer, as well as the premature signs of aging like fine lines, wrinkles, and age spots. Even in the winter months, when many of us used to tuck our sunscreens in the back cupboards, we've learned that sun protection is key to protecting the skin from damage.

It's only been in recent years that we've heard hints of, “Whoops, um, maybe not.” Turns out that several of the popular chemical sunscreens in many of our sunblocks and even makeup products could be doing us more harm than good.

I've already posted about two of these potentially dangerous sunscreens—PABA and oxybenzone. This time, I'm talking about octinoxate, reportedly the most widely used UVB-blocking agent in the skin care industry because it is less irritating than other sunscreen ingredients. Here's why if you have this ingredient lurking around your medicine cabinet or makeup drawer, you may want to replace it with safer zinc oxide.

Even in the winter, you need to protect your skin, but chemical sunscreens may make sun damage worse.

Also called octyl methoxycinnamate, octinoxate is an organic compound formed from methoxycinnamic acid and 2-ethylhexanol. A clear liquid, it's insoluble in water, and is used in sunscreens and other cosmetics to protect from skin damage. It absorbs ultraviolet radiation in the UVB range, and is permitted by the FDA in skin care formulations at 7.5 percent.

There are some concerns surrounding this ingredient that make me a little uncomfortable with it. First of all, it's not very stable. When it's exposed to sunlight, it is changed into a less UV-absorbent form, which would seem to compromise its effectiveness.

According to a 2005 study, researchers exposed various chemical sunscreen ingredients, including octinoxate, to UV rays. The results showed that the exposure reduced octinoxate's ability to protect from UV rays. (The octinoxate was irradiated together with avobenzone and oxybenzone.)

In a 2008 article in the Journal of the European Academy of Dermatology and Venereology, the authors write, “Upon exposure to sunlight, octinoxate degrades into a photoproduct with less UV-absorbing ability.”

Apparently that's why manufacturers combine octinoxate with other sunscreens, to help reduce the degradation, but as was shown in this test, combinations with avobenzone and oxybenzone didn't help. So the concern here is that even if you're using it regularly, it may not be protecting you the way you think it is.

The other concern with this ingredient and other chemical sunscreens is that they may increase exposure to skin-damaging free radicals. In the aforementioned study, exposure to UV rays produced free radicals in the films that persisted even after exposure had ended. That means that this ingredient could be increasing the damage to skin from UV rays, and that the damage could continue even after you get out of the sun.

Some manufacturers combine sunscreen ingredients with other antioxidants in an effort to quench this free-radical damage, but so far we don't have enough studies to know if that's helping. We don't even know for sure how sunscreens work. A 2005 study, for example, looked at exactly what several chemical sunscreens did in the skin to reduce sunburn. The authors concluded: “These findings suggest that sunscreens may prevent redness partly by UV absorption and partly by inhibition of the skin's inflammatory response. As such, sunscreens might promote instead of protect against melanoma.”

There is another concern with octinoxate—that it may be a hormone disruptor. A 2004 animal study, for example, found the chemical to have estrogenic activity. Whether or not these same effects would be seen in humans is not yet clear. The Environmental Working Group notes that octinoxate is a moderate hazard because it may lead to developmental and reproductive toxicity as it easily penetrates skin. More research is needed, but for now, experts recommend that children and pregnant women steer clear.

Most chemical sunscreens have some concerning research behind them. The ones that are proven safe so far are zinc oxide and titanium dioxide, as long as they're not present in smaller, penetrating nanoparticles (check the website of the manufacturer). In addition to using these two safer options, don't forget that good sun protection includes clothing, a healthy diet full of antioxidants, and all-natural skin creams full of antioxidants.

Do you avoid chemical sunscreens? Please share your story.

Previous Post: « Peru Balsam for Skin, the Natural Resin for Sensitive Skin
Next Post: Comfrey for Skin, for a Softer Appearance »
Reader Interactions