MENUMENU
You are here: Home / Organic Skin Care Ingredients / The Powerhouse Herb Infusion Behind our New Shampoo and Conditioner 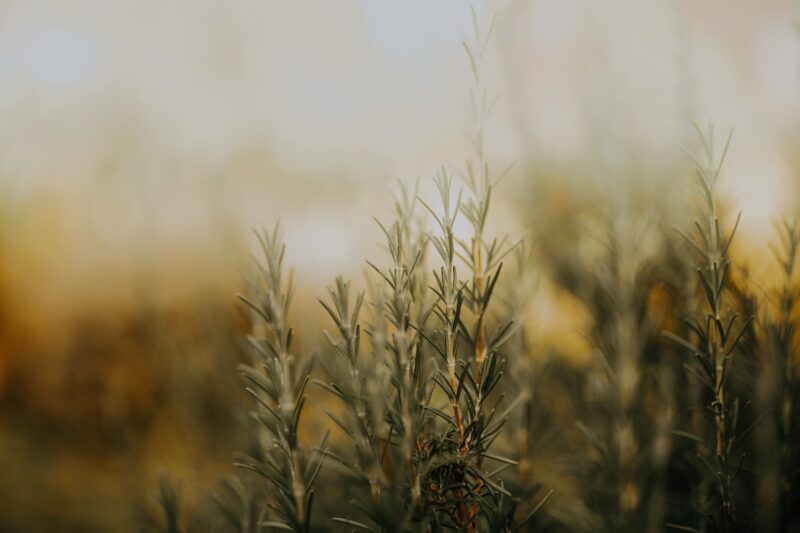 Clean skin care is only one fraction of a non-toxic lifestyle. That’s something we’ve recognized since our inception, and something that informs not only the brands we choose to support, but the products we choose to make.

That’s why we’re so excited to announce today that we are making our foray into new grounds—shampoo and conditioner. Yes, clean hair care has been on our minds for a long while now, and we’ve been working tirelessly on this formulation.

While we’re not sharing the full ingredient list quite yet, we thought we would share with you the incredible herb infusion responsible for making these products so effective.

Nettle, horsetail, and rosemary work in perfect unison to strengthen and add deep nourishment to your hair. Read on to learn more about each of these. Sometimes nettles are considered weeds, because they grow so easily and plentifully, but these little plants actually contain a powerhouse of benefits, both when used internally and when applied topically to the skin.

The term “nettle” is used for a number of different plants in the genus “Urtica” that have stinging hairs. These include the ball nettle, bull nettle, flame nettle, hedge nettle, painted nettle, and several others. Not all plants of the species sting if you touch them, but most do.

About the nettle plant

An herbaceous, flowering plant that blooms every year, nettle is native to Europe, Asia, northern Africa, and North America, with hollow stinging hairs on the leaves and stems. These hairs act like needles, injecting histamine and other chemicals when touched by humans or animals, creating a stinging sensation that won’t soon be forgotten. Still, despite this rather mean reputation, the plant is actually good for humans in a number of ways.

Growing about 3–7 feet tall, nettle thrives in the summer and dies down in the winter, with green, heart-shaped leaves that average four inches long and wiry, green stems. The leaves are serrated, and the flowers are yellow or pink. You may see species of nettle as a weed in your garden, but it has actually been part of herbal medicine for centuries.

Nettle is a beloved plant for hair amongst herbalists and DIY mavericks alike.

This highly nourishing plant is full of vitamins A, B, C, D, and K, and packed with proteins and amino acids. It promotes strong, healthy hair and restores shine. 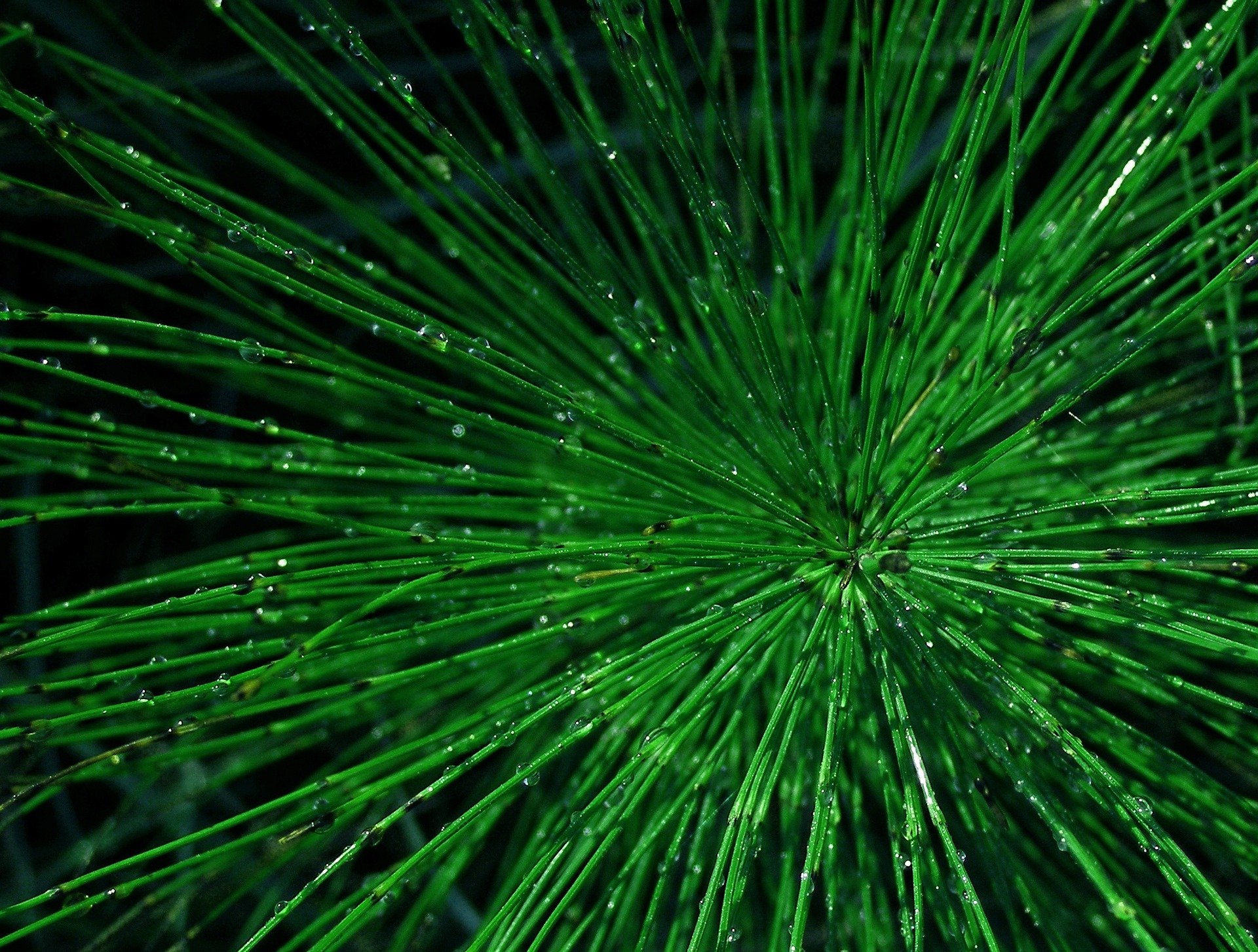 About the horsetail plant

Horsetail likes moist and sandy soil found in temperate climates in much of North America, as well as in similar climates in Europe and Asia. It's been around a long time—living for more than one hundred million years, once dominating the late Paleozoic forests. In spring, the stem resembles asparagus, which then withers and turns brown in early summer, giving way to green stems that are thin and look like the tail of a horse.

This herb has long been used to cure a variety of ailments, once recommended by a Roman physician and mentioned in scriptures of Chinese traditional medicine. The Greek physician Claudius Galenus first recorded its use, and the seventeenth century English herbalist, Nicholas Culpepper, used it in a variety of treatments, including those for ulcers.

Historically, horsetail was used internally as a diuretic, to increase blood circulation, infections, arthritis, and respiratory disorders. Native Americans and even today's campers have been known to use it to scrub cooking utensils.

Did you know this plant converts inorganic silica to a form that we can use? This makes it one the best sources of silica on the planet! Silica is abundant in living creatures; without it, our bones would be brittle and slow to heal. It gives our hair luster and our skin softness.

You shouldn’t consume raw, whole horsetail. It’s too abrasive. Internally, you can use horsetail juice, tincture, or herbal tea to keep your hair (and nails) growing strong.

When used in hair products, horsetail contains copious amounts of Vitamin C, E and K, folate, and potassium. There are also a host of minerals, manganese, potassium, flavonoids, etc that work in conjunction with each other, improving the appearance of your hair’s condition.You can expect shiny, healthy hair as a result! 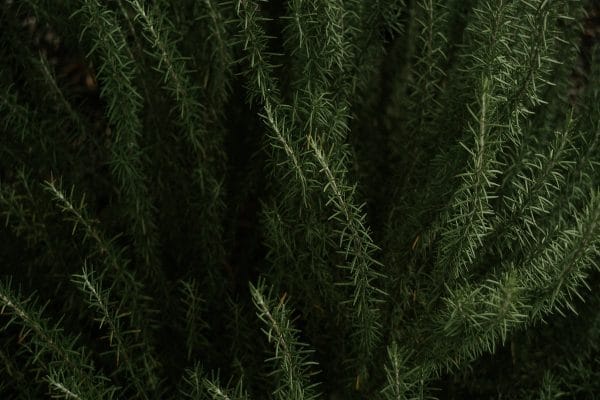 You may wonder why a light blue flower like this is called “rosemary.” Turns out that the name has nothing to do with Mary or roses.

Rosemary got its name from the Latin “rosmarinus,” which means “dew of the sea.” Apparently it was so named because of the light blue flowers and the plant's affinity for wet environments.

About the Rosemary Plant

Scientifically called Rosmarinus officinalis, rosemary is a woody, perennial herb with fragrant, evergreen, needle-like leaves and flowers that bloom white, purple, or blue.  Used in skin care, ayurvedic medicine, and cooking, it grows wild throughout the Mediterranean. It can also be seen cultivated in places such as Tunisia, Croatia, and France. A member of the mint family, the plant has long, needle-like leaves and considered is an evergreen-type plant.

Rosemary can grow as tall as 6 feet, yet fans out to look like a bush. It loves humid areas like those by the sea, but it is interestingly drought tolerant and is considered easy to grow.

Rosemary is another long time favorite amongst herbalists and the like for hair care. Rosemary stimulates the scalp and provides deep nourishment to all hair types.

Rosemary when used for hair moisturizes the scalp, and may aid with dry scalp and dandruff production. It may also reduce the appearance of grey hair, and adds shine.

These three herbs work symbiotically to strengthen, lend shine, and feed your hair the vitamins and minerals it needs.

We can’t wait to share more ingredients with you in the coming months—stay tuned to learn more about this exciting new product launch!

Herbs & Spices For Anti-Aging
Next Post: What is Adrenal Fatigue and How to Help It