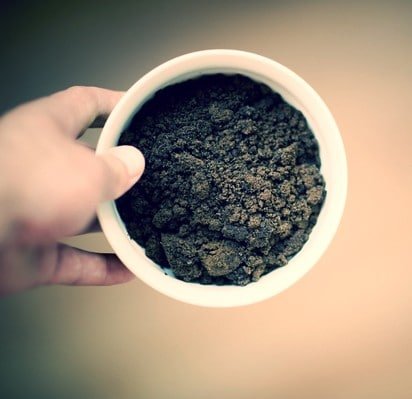 In 2013, Harris Interactive surveyed more than 1,000 U.S. women in various stages of their lives. They asked them what they thought of one thing: cellulite.

You can probably guess what the responses were like.

Of course, women hate it. But it goes further than that. An analysis of the responses found that women with cellulite have a completely different perspective on how they look than those without cellulite. In general, they rated themselves as less attractive.

Meanwhile, they do their best to try to hide it. A total of 72 percent avoided certain types of clothing, 28 percent kept the lights off when being intimate, and 15 percent shunned fitting rooms.

Men, meanwhile, don’t seem to know what all the fuss is about. A separate survey found that in general, they had “cellulite blindness,” with most stating they didn’t notice it, and one in three saying they didn’t know what it was.

That doesn’t stop women, however, from wanting to do anything they can to get rid of it. Look around, though, and you’re likely to be bombarded by a zillion supposed “solutions” that can cost anywhere from $100 to thousands of dollars.

Are there any solutions to cellulite that actually work?

Cellulite is a type of fatty deposit under the skin that pushes up against the tissues, creating a dimpled, lumpy appearance. Also called “cottage cheese skin” or “orange peel syndrome,” it occurs most commonly on the buttocks and thighs, but can also appear on the arms, knees, stomach, and other areas.

Dermatologists estimate that nearly 90 percent of women will develop cellulite at some point in their lives.

What causes cellulite in the first place? Many people associate it with fat, but even slender people can get it. Truth is that doctors and scientists don’t really know what causes it exactly, but they do suspect the following factors have something to do with it:

Women are also more likely to have cellulite than men. Why? A number of factors:

According to physician Lionel Bissoon, author of The Cellulite Cure: “A woman’s body is basically—I hate to say it—genetically designed to be a place for cellulite to develop.”

There are a million so-called “solutions” out there to cellulite. It’s tough to determine just which ones might really work.

Cosmetic treatments are out there, and they may be effective, but many are costly or unnatural. Today we want to tell you about 10 natural solutions that can help you see a reduction in your cellulite!

From what we could find, the following may be worth a try. Of course, these aren’t going to melt cellulite away. Look for mild—not drastic—improvements in appearance.

There’s no doubt that we’re a more sedentary culture than we’ve been at any other time in history. According to Bissoon, who’s traveled the world photographing women, those who have little or no cellulite are those who are moving most of the day.

There truly is no substitute for regular activity. Exercising may not cure cellulite, but it can definitely prevent you from getting more. It can also help tighten and tone muscles and skin, making the cellulite you do have less visible. Exercise also tends to lower estrogen levels, and since estrogen can encourage the formation of cellulite, this may be another way to prevent it.

Don’t neglect your daily workout, and if you work at an office job, set a timer, and try to get up at least once every thirty minutes to walk around.

Reduced circulation is one of the potential causes of cellulite. Unfortunately, we women often wear not only restrictive underwear, but restrictive clothing on top of it. Plastic surgeons, dermatologists, and other experts recommend you wear looser fitting underwear, or even a thong, to present cellulite from forming along typical panty lines.

We all lose muscle as we age, which can accelerate the development of cellulite. Muscle building may not cause the cellulite you already have to disappear, but it tends to tighten and harden the skin’s appearance, which can make cellulite less noticeable. It’s also good for your overall health!

Though you most likely won’t get rid of any cellulite you already have through diet, you can definitely reduce your risk of getting more. Eating a well balanced, plant-based diet can reduce inflammation in the body, help you maintain a healthy weight, and keep your connective tissues strong. Don’t forget to stay hydrated, as well.

A massage naturally increases circulation, and some practitioners also believe it may help to break up cellulite. Spas often combine it with cellulite reduction wraps, which include natural ingredients meant to tighten and smooth skin. Treatments can be expensive, but massage has many health benefits, including promoting deep relaxation and muscle release.

6—Get Used to Dry Brushing

If you’re not already dry brushing before you bathe or shower, now’s a good time to start. This is a great way to exfoliate skin from head to toe. Simply use a brush made for skin and massage in circular motions from the toes up and the neck down.

If you want to tackle cellulite, you can do the same after the bath, but use coconut oil. Apply the oil and brush and massage the area for a few minutes. (Pay special attention to the massaging action.) Work the oil in for extra moisturization when you’re finished. See if you notice a difference after about 30 days.

Green tea has a natural ability to promote fat burning in the body. A 1999 study, for example, found that participants who consumed green tea extract at breakfast, lunch, and dinner, significantly increased their 24-hour energy expenditure.

“Green tea has thermogenic properties and promotes fat oxidation beyond that explained by its caffeine content per se,” the researchers wrote.

A later 2008 study also found that participants who ingested green tea extract before exercising burned more fat than those who didn’t. Other studies have shown similar results, with researchers theorizing that the antioxidants (catechins) in green tea may be responsible for its potential fat-burning effect.

Have you found a natural solution for cellulite? Please share any tips you may have.

Previous Post: « Face Yoga: For Reducing the Appearance of Forehead Wrinkles
Next Post: Springtime at a Biodynamic Farm »