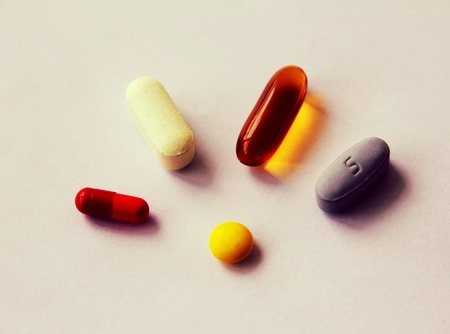 Today's post comes to you from Jayson Calton, PhD and Mira Calton, CN.

“I’ve recently read that a multivitamin is a waste of money and that all it is giving me is expensive urine. Is this true?”

This is a question we have been asked thousands of times. And unfortunately the truth is that, more than likely, your multivitamin pill is probably not doing you much good at all. There, we said it. It may be difficult to accept at first, but you don’t have to stress out about it. After all, there is a solution.

But, before revealing the solution, we should identify the problem – right? So, what makes a multivitamin pill a waste of money?

Is it due to poor absorption?

Are the beneficial quantities of each vitamin and mineral not included?

Do the poor formulations not take into consideration the numerous competitions between micronutrients for receptor sites in the body?

The answer is – all of the above.

However, in this article we will focus only on 5 of most common absorption issues and how they hinder the delivery of the multivitamins benefits.

Here are the top 5 reasons your body isn’t absorbing your vitamins.

In order for your body to utilize vitamins and minerals, they must be released into the body in a timely manner—meaning the pills must disintegrate quickly.

However, a recent study examined forty-nine well-known commercially available multivitamins that were in either tablet (pill) or capsule form to determine if they could release their contained micronutrients within a twenty-minute time period—the time necessary for potential absorption. The results showed that out of the forty-nine multivitamins studied twenty-five (or 51 percent) did not disintegrate.

Many supplements contain excipients, binders, fillers, and flow agents, that can be used to either make the ingredients stick together, bulk products up to a convenient size, or allow formulas to run smoothly through manufacturers’ machines. These can contribute to the poor disintegration rates for tablets (pills) and capsules.

Have you noticed that some multivitamin tablets are shiny? That’s because some companies coat their multivitamins with shellac, wax, and hydroxypropylmethylcellulose, which keeps the moisture out so they will have a longer shelf life. While this may be good for the vitamin company’s bottom line, it is not good for you.

These coatings can decrease the solubility of a multivitamin tablet or capsule, reducing its ability to readily disintegrate.

According to a Harris poll, 40% of the population has a hard time swallowing pills. The study reported that these individuals find swallowing pills so difficult that many delay, skip, or discontinue taking the pills or capsules altogether. This means that even if the micronutrients in the pill or capsule could be absorbed, you can’t get benefit from something you stop taking.

Additionally, individuals with specific conditions such as irritable bowel syndrome, hiatal hernias, diverticulitis, and those who have undergone bariatric surgery also have particular difficulty when taking their supplements in a pill or capsule form.

In fact in a recent study published in Circulation: Cardiovascular Quality and Outcomes, a journal of the American Heart Association, researchers surveyed 1,000 people on what they would be willing to give up to avoid taking a daily pill—one without any cost or side effects—to protect heart health.

Here’s what people were willing to trade:

The Circulation study adds a little more nuance to what’s already been identified as a major problem: Not only do people dislike taking pills, but they’re also pretty bad at it.

5—Sugar and Corn Syrup Cause Stalemates

Would you believe that some manufacturers add sweeteners to pills to make them more appetizing? It’s true. And it is even worse in many chewable, gummy and liquid vitamins on the market. Not only are these commonly genetically modified sweeteners causing insulin spikes leading to weight gain, but they block micronutrients from being absorbed into the body as well.

So, What is the Solution?

Step One—Toss the Tablets and Pick a Powder

Taking a multivitamin delivered in a liquid form all but ensures micronutrient absorption. According to the American Pharmaceutical Association textbook, “A drug dissolved in an aqueous [liquid] solution is in the most bioavailable [absorbable] form. Since the drug is already in solution, no dissolution [disintegration] step is necessary before systemic absorption occurs.”

However, some micronutrients can degrade others when kept in a liquid state, therefor a powdered formula is preferable.

We believe that taking a multivitamin is the best insurance policy to fill the gap from where your high–quality diet leaves off and micronutrient sufficiency is met. But, as you saw there are numerous absorption problems with the majority on the market…and the absorption is only the tip of the iceberg.

You can find more about the ABCs of Optimal Supplementation Guidelines in our new book The Micronutrient Miracle.