3 Toxic Metals that Cause Fatigue 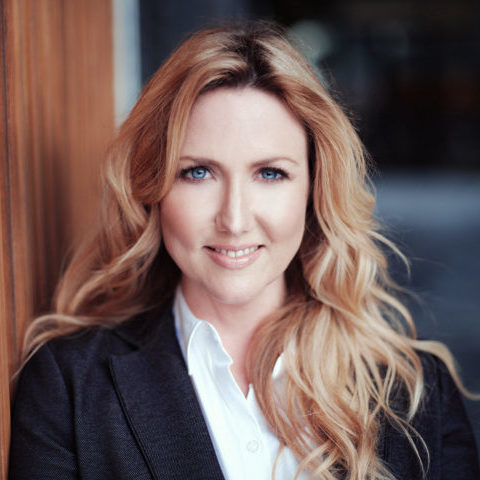 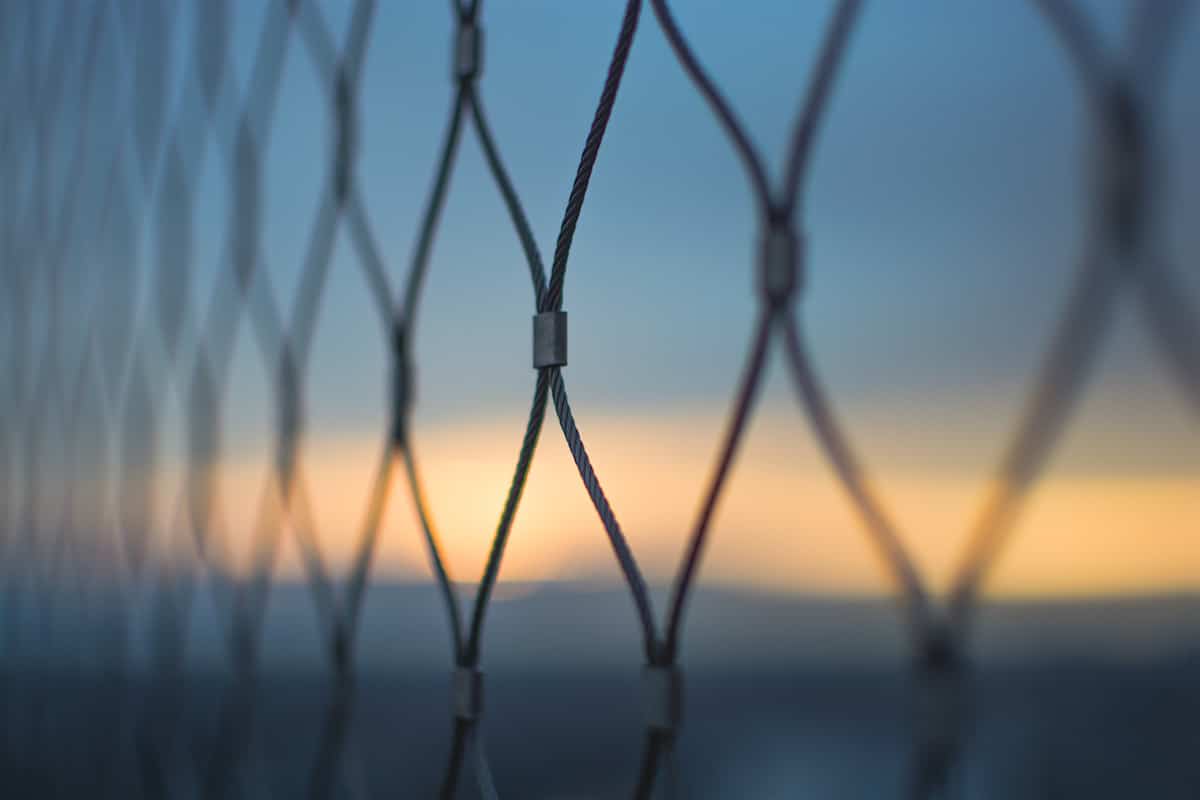 Contributed by our friend Wendy Myers, Creator of the Heavy Metal Summit

Fatigue is the first sign something’s not working properly in your body. And people will turn to coffee. They’ll turn to stimulants. I totally get it. I’ve been there myself.

But if you are suffering from chronic fatigue, toxic metals may be to blame!

Are you constantly tired, even though you are eating right, doing regular workouts, and getting ample sleep? Well, it might not be not your fault. Metals like arsenic, aluminum, and thallium may be killing your body’s ability to produce energy! Think of them as energy vampires.

Metal toxicity is an ever-growing threat in modern industrialized society.  This toxicity doesn’t just sap your energy, it doesn’t even let you produce energy. That’s right: metals can block energy production in cells.

How Your Body Produces Energy

To understand it, let’s begin by looking at how the cells of our body produce energy. We have tiny organelles called mitochondria in our cells.  They are our biobatteries and they produce energy by releasing it from the food we eat.  Through a process called electron transport chain, they combine the oxygen we breathe and produce ATP, or energy, molecules.

ATP, short for adenosine triphosphate, is the biocharged molecule that gives us energy for all our activities.

This is the reason you breathe and why you gasp for air when you engage in heavy activities like running. Mitochondria need oxygen to churn out ATP energy and meet your needs.

Toxic metals can cause mitochondrial dysfunction (1). And could be a major reason you’re tired.

Metals attack mitochondria in two ways: 1) they weaken or prevent ATP production and 2) impair the antioxidant systems. Mitochondria have their own antioxidant defense systems such as superoxide dismutase and glutathione.

Have you ever wondered why a girl who eats very little and is very active throughout the day gets all her energy from? Or what about that boy who is eating a lot but is always slouching and slow? Or maybe you've been thinking, “I’m eating a healthy diet but I don’t have the energy to be as active as I want to be!”

This is because mitochondria determine whether you are an active person or someone who is always fatigued—and metal toxicity is a very likely culprit. No matter how healthy your diet, exercise, sleep and supplementation, toxic metals could be throwing a monkey wrench into your ATP synthesis machine and preventing energy production.

Dysfunctional mitochondria lead to fatigue and in many cases severe chronic fatigue.

Are You Suffering from Metal Toxicity?

In short: yes. We all are. Metal toxicity has become unavoidable in this day in age. The industrial revolution brought about the widespread use of metals in industrial, domestic, agricultural, medical, and technological applications. They are being mined from the earth and then get into our air, food and water.

Metal poisoning is, in fact, on the rise in alarming proportions because of frequent exposure to industrial wastes in air, water, pollution, food, medicine, vaccines, paint, and the million conveniences that surround us in modern life.

The amount of metal toxicity depends upon our absorbed dose, the route of our exposure, and duration of exposure. Insidiously, as you become more toxic, metals can reduce your body’s ability to detox them! As your liver, kidneys, colon, skin and other detox organs become riddled with metals, your ability to detox new metals you accumulate is drastically reduced.

Arsenic makes you tired. Period. Arsenic is an incredibly toxic metal that has been classified as human carcinogen by the U.S. Environmental Protection Agency and the International Agency for Research on Cancer. And despite the threat it poses to our health, it is everywhere!

First. arsenic is found in drinking water. A recent study estimates that over 4 million individuals in the US, and over 140 million worldwide, expose themselves to arsenic-contaminated drinking water without even knowing it (2). Well water is a common source of arsenic.

But that’s not all. Arsenic is found in the the air, soils, and even our food! The list of arsenic sources is seemingly endless.

Arsenic inactivates essential enzymes of mitochondrial function (4, 5) along with binding and depleting lipoic acid in cells, which interferes with the production of ATP, and it can directly bind to and inactivate ATP (6).

All these result in the inability to produce energy, which then causes:

In addition to affecting mitochondrial enzymes, arsenic directly affects muscle and muscle fibers, causing severe fatigue (7). Those arsenic-affected muscles not only have decreased resistance to fatigue, but also a decreased recovery ability from fatigue.

There are many other complications that result from arsenic toxicity, such as brain damage (encephalopathy), nerve disease of the extremities (peripheral neuropathy), hemorrhages within the white matter, and even loss myelin shields of the nerve fibers (demyelination). To name just a few.

Aluminum is the most common metal in the earth’s crust and as a result, everyone is aluminum toxic. Aluminum is used to manufacture beverage cans and cookware, it’s added to flour, salt and sugar and municipal water sources—you might even be slathering it on your armpits every day.

In the United States, the average adult ingests 7–9mg aluminum each day, mainly through food, air, and drinking water (8). This amount is simply shocking! Over time this adds up to so much neurotoxic aluminum that it’s not surprising that roughly 50% of the US population eventually suffers from some form of dementia later in life.

Aluminum toxicity affects glutathione production—the major mitochondrial antioxidant—which is necessary for reversing oxidative stress. Most of the damage by aluminum to mitochondria is caused by aluminum radicals.

Aluminum toxicity can cause:

Aluminum toxicity  can also cause cell death because of the free radicals generated by aluminum itself. It’s important to realize that aluminum toxicity affects, not only mitochondria, but also the resulting cell death can wreak widespread havoc on the body, causing such things as:

For more information on this toxic metal, please visit our page to learn more about aluminum toxicity.

Thallium is an extremely toxic metal that reduces our ability to produce energy and contributor to adrenal fatigue—in fact, it's ten times more toxic than mercury.

How is it used? Well, to start, it is used in industrial processing of cement. Thallium is also added to gasoline and released into the air by car exhaust. That is why thallium toxicity is extremely prevalent in those who live in urban environments.

You are also exposed to thallium every time you eat foods harvested from contaminated soils.

A 2006 study found that the cruciferous family of vegetables—kale, cabbage, cauliflower, and broccoli—to be hyper-acculumators of thallium, with kale being particularly potent in thallium, even when the soil it was grown in was low in thallium. The reason behind this is still unknown, but one current hypothesis is that organic kale is higher in sulfur, which is known to attract thallium (13).

Thallium bioacculumates, meaning, it builds up in the body over time. It can make its way into the body, not only through consumption, but also via skin exposure and inhalation (10).

Thallium is a potent mitochondrial poison. It enters mitochondria passively, then causes the mitochondria to swell by accumulating inside. That then causes a decrease in ATP production and increase in reactive oxygen species formation, glutathione oxidation, and in brain decreases in dopamine and serotonin levels (10-12).

Thallium poisoning causes extreme and unrelenting fatigue. It blocks potassium channels in the body and causes so many different problems as a result. People with serious mitochondrial dysfunction from thallium can experience:

Thallium-poisoned people can also experience extreme drowsiness, nausea, vomiting, and abdominal pain. Some lose most (or all) of their scalp hair.  They also will have rapidly progressing and painful sensory polyneuropathy, motor neuropathy, cranial nerve palsies, seizures, impaired ability to coordinate voluntary movements, and mental retardation.

Please visit our page to learn more about the thallium toxicity.

Detox Is Your Path to Greater Energy

I have researched and studied these metals and their effect on the body for years. What I’ve learned is that—bottom line—if toxic metals are really what is causing your lack of energy, there’s no amount of coffee that’s going to cover it up.  There is no quick fix and the best path to greater energy is detox.

So if you want to really help yourself get rid of fatigue and brain fog, as well as produce the amount of energy that will meet your needs (and more!), these metals must be purged from your system and replaced with the minerals your body needs  for optimal health and energy.

What Happens When I Detoxify Metals?

Have you noticed that some people are hyperactive and can’t sit still? That’s because their energy has to be spent. You can’t stop a machine from running while the power is still on.

If you want to generate limitless energy and be as active as you desire, you must detoxify to get rid of metal toxins. You’ll naturally be energetic and active once you do!

This one-week series of lectures will assemble over twenty health practitioners and experts who are connecting the dots between toxins and sickness for us, particularly heavy metal exposure. Consider its mission equal parts education and solution.

The best part? We’re giving everyone in our community free online access to these speakers, who will cover everything from the dangerous metals found in skin care (led by our own Kevin Gianni) to proven detox methods intended to help you reclaim your health.

And that’s vital, because metal can sometimes seem like a double-sided coin that blurs truth and doubt. This year’s Heavy Metal Summit is clear proof that things are looking up.

Did you sign up for the summit? Tell us about it below!

She is passionate about educating the public on the importance of long term detoxing considering our toxic world. She healed her own health issues through hair mineral analysis and developed a unique detox and supplement program. Wendy wants to help others do the same.

Wendy’s interest in nutrition began with the death of her father from esophageal cancer. Intuitively, she knew his chemo, radiation, and ten medications killed him prematurely. She vowed to find out what made him sick, why he died, what role medications played in his demise, and how she could avoid the same fate. The more Wendy learned, the more she realized that all the answers to health do not lie in our medical system. Food, detoxification and natural healing modalities must be used to compliment the advances in modern medicine.

Previous Post: « 7 DIY Skin Care Recipes from Around the World
Next Post: What Wild Means to Us »