How Is Your Skin Affected by Pesticides? 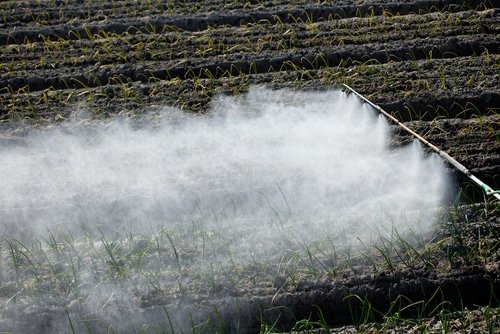 Each year, more than 1.1 billion pounds of pesticides are used in the United States—a five-fold increase over what was used in 1945. The Environmental Protection Agency (EPA) notes that over 70 million households use pesticides as well to control bugs in the garden, flower bed, and indoor spaces.

We decided to find out.

By far the most scientific study on pesticides and the skin has focused on skin cancer. Here are some of the findings:

We need more research before we can completely understand how pesticide exposure translates to skin cancer risk. Right now, we know there is a potential danger. According to Cornell University, wet, dry, and gaseous pesticides can be absorbed through the skin. Exposure can occur if any of the pesticide gets on your skin, but also if it gets on your clothes and then on your skin, particularly if the clothes aren’t washed well afterwards. Damaged or open skin is especially vulnerable.

In addition to increasing risk of skin cancer, pesticides may also affect the skin in the following ways:

Whenever you can, choose green options for controlling pests in your house and in your garden areas. Remember that cedar oil is a very effective natural solution for both—just put in a spray bottle with water and apply to areas where you want to kill and repel pests.

We’re excited to hear about a new bill recently passed in Kauai, Hawaii, that will require the world’s largest agrochemical-GMO corporations to disclose when and where they’re using highly dangerous pesticides. The bill passed on November 16, 2013, and is intended to help curb the widespread pesticide use by companies testing new genetically modified crops on the island. Read more on Huffington Post and Reuters.

Do you avoid pesticides? Please share your thoughts on this article.