Prickly Pear Benefits and Nutrition: What It Is and How To Eat It 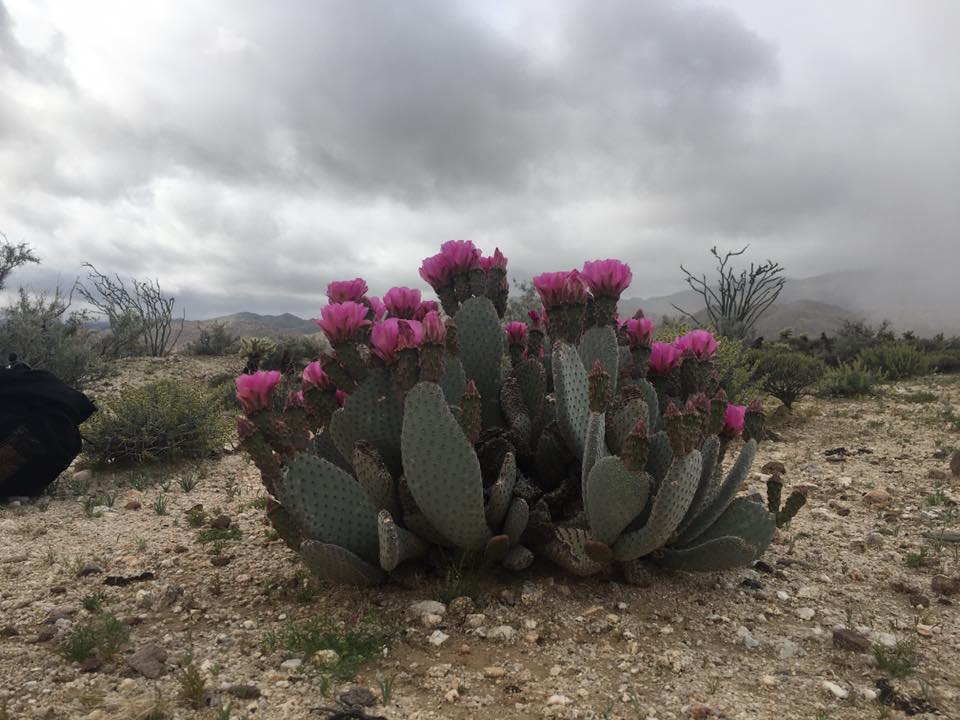 Full disclosure: I spent some time in the California desert teaching during the bloom and I absolutely fell in love with this plant.

Baloo was teaching Mowgli that living off the land is easy because everything you need is already there, you just have to know how to look for it. I think the prickly pear is the perfect example of this.

What is a Prickly Pear?

The prickly pear is a common name for cacti that fall under the genus Opuntia (Opuntia Streptacantha to be specific). There are actually over 200 different species within this genus and they all produce fruit, though only a handful of those fruits are edible.

They are flat and paddle-like. They grow new leaves (paddles) on top of each other and they have fleshy flowers with lots of pollen that range in color from green to orange to pink or purple. Most likely you have seen photos of these cacti or you might have some growing in your neighborhood.

They are native to all of the Americas and can be found as north as Canada! Many of the species are super hardy though so they can be grown just about anywhere—and they are so aesthetically pleasing that prickly pears popping up all over the place.

Like all cacti, they like well drained, rocky soil and desert climates. Their ability to rapidly absorb and store water for long periods of time allows them to thrive in arid, dry lands. They produce more during consistent rains but they don’t like wet roots. The 2017 California desert bloom is a great example, every time you turned around, there was another prickly pear cactus in full, glorious flower.

Why You Should Add Opuntia to your Diet

This is a classic tale of ‘food is medicine.’ The native peoples in the southern parts of the US and in Mexico used (and still use) the prickly pear cactus as a staple food and as medicine. Of course, the traditional people and their healers knew the benefits of the opuntia because scientists suspect that there were periods of time where they subsisted off of this plant, but we’re just now advanced enough to back it up with scientific study.

Antioxidants, Vitamins, and Minerals; Oh My!

We have written all about antioxidants and their benefits before and were thrilled to find that every part of the prickly pear cactus is rich with them. These antioxidants that can be utilized by the body to help with oxidative stress, which has been linked to aging, inflammation and certain diseases like Parkinson’s. There is still a lot of research happening around what effect these antioxidants have for prevention of specific diseases but prickly pear is on the forefront of scientific discovery.

While I was reading about the prickly pear for this article, I read the list of the vitamins and minerals that the opuntia species has, and my jaw literally dropped. I was previously a little bit skeptical about the human ability to subsist off this plant but not anymore. Prickly pear cacti contain calcium, magnesium, iron, sodium, zinc, vitamin A, vitamin C (as well as multiple types of B vitamins), thiamin, and folate—and no that isn’t the full list.

As an added bonus, the cactus offers us all eight of the essential amino acids that we don’t naturally produce. There aren’t a lot of foods that have such an amazing array of nutrients so this genus is pretty unique.

A professor once told me that the rate of diabetes among the Native American population is higher than the rest of the population in our country. When I asked him why he told me that it is because the Standard American Diet has replaced the natural diet and that the lack of this plant in regular meals correlates directly with the increase in diabetes. I did my research and learned that prickly pear cactus is the most researched of the blood sugar regulating plants.

Actually, traditional cultures have always used the Opuntia species as a way to regulate blood sugar and science is starting to recognize it as a beneficial food for people experiencing type 2 diabetes. The plant seems to have the effect of increasing the efficiency of insulin response in the body as well as decreasing the glucose absorption.

While it’s not a cure, it could be worth chatting with a doctor about to see if incorporating it could be helpful.

Like all fruits, the prickly pear is high in pectin, and thus is a good source of soluble dietary fiber. Soluble fiber is a necessary part of our diet. It dissolves in water and becomes gelatinous—I think about cooking down berries to make jam, it wouldn’t be possible without the pectin—which helps us to feel full. It also readily ferments in our digestive system and makes it easier for our bodies to digest other foods.

By their nature, cacti come equipped with serious hydration. They store water in their bodies so that they can withstand long periods of drought without dying. Eating any part of the Opuntia Streptacantha increases the water content in our bodies and offers a vital hydration that isn’t otherwise found deep in the desert.

How to Eat a Prickly Pear Cactus

Baloo made it pretty clear when he talked about using a claw to pick your pear. Not only does this friend have sharp barbs, it has what’s called glochids. Glochids are soft spines, or so you think until you touch them and they come off in your fingertips and it’s a painful challenge to get them out (can you tell I speak from experience?). Obviously, this makes it something you don't want to put in your mouth since the spines and glochids can get stuck in your mouth and throat and—well I don’t even want to think about that.

However, this whole cactus is one of the staple foods in the diet of indigenous peoples all over the Americas so clearly, there’s a pretty tried and true method for de-spining these fellows before you eat them.

There are a couple of different ways to eat the prickly pear fruit (also called tunas). It’s a sweet, succulent flavor that mellows out with refrigeration.

You can use a sharp knife or a vegetable peeler to take off the outer layer or you can cut it in half and scoop out the fruit, which seems to be the easiest way to do it.

The fruit is eaten raw, juiced, or smashed. You can use it as a low-glycemic sugar substitute in ice cream or use the fruit to flavor your vanilla ice cream YUM!

A lot of recipes will call for the removal of the seeds, which you can do by crushing it and running it through a colander. Native peoples dry the seeds and crush them into a fine powder to use as flour.

The cactus leaves (or pads) are equally as versatile and are eaten just like any vegetable. Typically you want the younger, brighter, smaller leaves because the older, larger ones can be tough and less appetizing. At stores, they will often be sold as “baby nopal” and already be de-spined but if you’re harvesting these yourself you want to wear thick gloves.

To peel them, use a paring knife or a vegetable peeler and make sure you get ALL of the spines —it occurs to me that this might be the only time when being completely spineless is a good thing.

The glochids are pretty intense on the these so you want to peel on a clean surface and make sure that you rinse your nopales and the surface you were working on before you make anything you’re going to consume.

When your nopales are peeled and ready to go, slice them up and fry them with onions and bell peppers, add them to your egg breakfast, or add vinegar and turn them into pickles.

Do you have a favorite prickly pear recipe? Let us know below!

Previous Post: « 3 Healthy Eating Hacks that will Improve Your Life Right Away
Next Post: Face Exfoliator 101: How to Find the Perfect Routine for Your Skin »
Reader Interactions