Set up a FREE personalized skin consultation with our team.
MENUMENU
Healthy Lifestyle

10 Common Misconceptions About the Human Microbiome 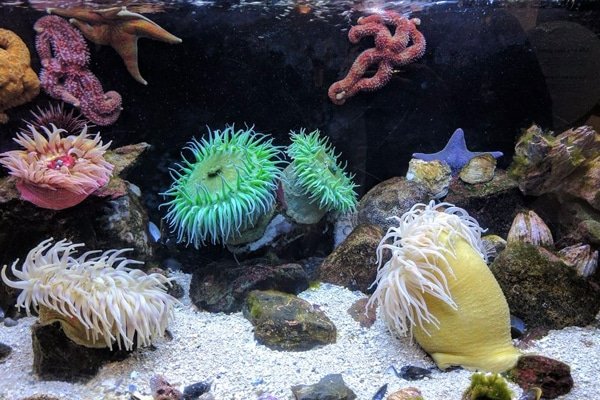 The human microbiome has received a lot of attention lately, both in scientific literature and in mainstream press. The microbiome field is still very young, with much left to be discovered about the trillions of microbes colonizing our bodies. And so unsurprisingly, not all of the information floating around about gut health is accurate. Today, let’s debunk 10 common misconceptions.

1. The womb is a sterile place

A longstanding dogma in medicine, whose implication is that babies are not exposed to microorganisms until birth. But no solid science here—just assumptions. Over the past decade, it has become increasingly clear that the womb is not a sterile place and that the first seeding of the microbiome likely occurs prior to birth.4

2. Of all nutrients, only dietary fibers affect gut microbiota

Dietary fiber does indeed have a profound impact on the microbial communities colonizing our bodies. But what’s often forgotten is that fiber is not the only type of nutrient that interacts with our microbiomes. Far from it. Many other nutrients—including simple sugars and fats—are also capable of modulating the human microbiome.6-8 For example, the consumption of simple sugars changes the microbiota of the upper gastrointestinal tract,7, 8 something that could have ripple effects down to the colon.

3. The microbiome is slow to change

A common assumption is that it takes many days, weeks, or even months for the human microbiome to change following a perturbation by outside forces. I suspect people think this is the case because of the generally prevailing view that the human body is a static structure. Our genes are set in stone—so the story goes. Though not entirely mistaken about the human genome, this assumption is very incorrect about the human microbiome, as these bacterial communities change remarkably quickly.2, 3 For example, if you apply an antibacterial lotion to your skin, its chemicals will quite rapidly alter your skin’s microbial community.

4. Yogurt and probiotic supplements can repair a damaged gut microbiota

Some people seem to be under the belief that a damaged microbiota can be repaired by yogurt and probiotic supplements containing a handful of strains of lactic acid bacteria. And no surprise here, as food producers and probiotic manufacturers put a lot of effort into constructing clever marketing campaigns, convincing the public that the available products are healthier than they really are. Some physicians are also adding to the noise, telling their patients to take probiotics and eat fermented dairy foods following antibiotic use—advice that gives the impression that these nutritional products are capable of instantly repairing the damage caused by antibiotics. And then the health community’s probiotic enthusiasm isn’t exactly helping to straighten out the existing narrative.

What eludes many people is that yogurt and probiotic supplements (the ones available on today’s market) only contain a tiny selection of bacteria—primarily Lactobacillus spp. And though beneficial, this bacterium makes up a very small portion of our gut’s microbiota. Trying to repair a degraded microbiota with these products is analogous to trying to rebuild a burned-down rainforest, which was once home to hundreds of species of plants and animals, with a few seeds.

5. Each person’s diet should be tailored for their specific microbiota

No two people carry a completely identical microbiota. But this truism has led some people to think that we should all be on different diets. Though understandable, this assumption is flawed. Yes, it is true that we are all unique with regards to the types of microbial communities we harbor—however, this does not mean that we should all eat different diets. The composition of your microbiome is constantly changing: what you’ve eaten, where you’ve travelled, the drugs you’ve used—all these factors alter your microbiome. This fact alone should make it clear that the assumption that we should tailor our diets to our individual microbiota is erroneous. Because since the microbial communities you harbor are in constant flux, one cannot then conclude that the microbiota is a static structure whose health depends on one specific type of diet.

6. There are good and bad microbes

A very common misconception about the human microbiome is that it is composed of good and bad bacteria. It’s certainly true that some bugs are less friendly than others (from our perspective)—however, it’s way too simplistic to label microbes as either on our side or on the dark side. The human microbiota is made up of trillions of microorganisms—all of them have their own unique place within this complex community.

Some microbes that are generally perceived as friendly—including various types of probiotics—can actually do us harm in certain situations.1 And the reverse is also true. It’s all context dependent: If the community as a whole is diverse and thriving, potentially problematic microbes are typically kept in check and in small numbers, whereas if the community is fragile, microbes that have the potential to do us harm may be able to rip off their shackles.

7. People with degraded microbiota can fix their guts by eating healthy

It has long been assumed that all one needs to do to keep their gut microbiota in good shape is eat healthy. This notion is overly simplistic. A person harboring a fairly diverse and resilient microbiota may indeed get away with just eating healthy—but the same isn’t necessarily true for someone whose microbiota lacks diversity and resilience.

To illustrate this, let’s imagine that you have to go on a lengthy course of antibiotics and that the antibiotics you take wipe out substantial numbers of microbial species from your gut. A healthy diet of cooked meat, steamed veggies, berries, and nuts—healthy foods for sure, but with little, or no, live bacteria—obviously won’t bring all of those microbes back into your gut

8. You need special products to attain a healthy microbiota

Given the rising interest of the human microbiome, it was inevitable that corporations would soon pick up on the trend. You don’t have to look far and wide to find products that supposedly improve gut health and microbiota composition. Prebiotics, probiotics, and other microbiome-related products can be bought at every health-food store. Isn’t this a good thing? Not necessarily.

Most available products don’t do much good. And many can do harm. Prebiotic and probiotic manufacturers want us to think that we should be stuffing our bodies with lactic acid, psyllium husk supplements, and powders rich in resistant starch. They don’t want us to know the truth, which is that one’s health isn’t commensurate with one’s use of “special” nutritional products.

Real, whole foods tend to be superior to supplements in that they contain a natural balance of different nutrients and compounds—they’re not just loaded with excessive amounts of one substance.

This one’s a common misconception: We’ve in recent times lost ancient microbes from our microbiomes and key to improving our health is reintroducing these microbes. Yes, it certainly is true that compared to a typical hunter-gatherer a Westerner’s microbiome is markedly less biodiverse, as modern lifestyles and their diets have drastically altered our microbial habitats.5 It’s also true that people who live in non-industrialized environments often harbor microbes that are rarely found inside of Westerners.

Still, it’s somewhat misleading to classify some microbes as “ancient.” All organisms that are present on this planet change over time. Nothing remains static. This is particularly true within the microbial world, in which evolutionary processes occur rapidly. Over time, microbes evolve and adapt to their changing environments—they don’t remain in a standstill.

10. We all need X microbe to function correctly

Another erroneous belief, stating that each and every one of us needs to harbor specific strains of microbes if we are to function according to our evolutionary design. But this notion forgets that microbes evolve at a rapid pace and are able to swap genetic material among themselves. In fact, many different types of microbes are capable of carrying out similar functions. Meaning that even a microbe unable to do something today may evolve an ability to perform that very function in the near future. More specifically: It is not entirely true that there are only one, or two, microbes able to, let’s say, break down a specific type of dietary fiber found in onions. It’s obviously important that we pay attention to what types of microbial species are present in the guts of different types of people—but let’s avoid the pitfall that the elixir of health lies in some one particular microbe.

7 I. Spreadbury. “Comparison with Ancestral Diets Suggests Dense Acellular Carbohydrates Promote an Inflammatory Microbiota, and May Be the Primary Dietary Cause of Leptin Resistance and Obesity.” Diabetes, Metabolic Syndrome and Obesity 5 (2012): 175-89.

10 Common Misconceptions About the Human Microbiome

Did you vote for us to be the best Paleo Skin Care? Let us know in comments!
Kevin Gianni

Previous Post: « Can a Healthy, Low Carb Diet Help Your Skin
Next Post: The Only Beauty Product You’ll Ever Need »
Reader Interactions