Ingredient Watch List: Toluene—It May Be Present Even in So-Called “Toxic-Free” Polishes 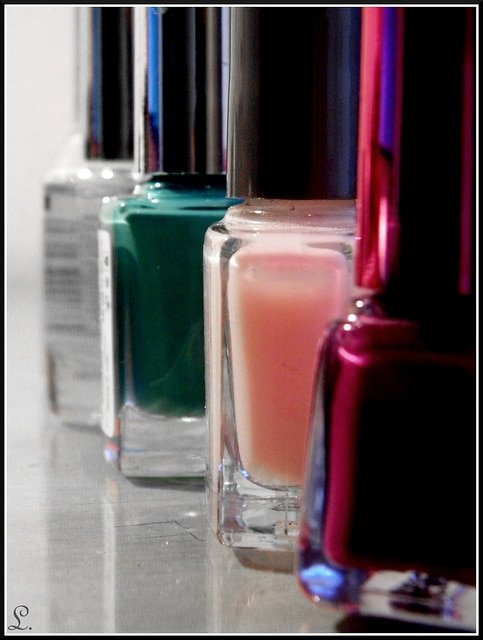 A recent study by the California Department of Toxic Substances Control (DTSC) found that even exclusive nail salon polishes labeled as being “toxin-free” contained one of the so-called “toxic trio”—formaldehyde, dibutyl phthalate (DBP), and toluene.

I talked about phthalates in another post. Formaldehyde has been linked with leukemia and lymphatic cancers. But what about toluene?

Toluene is a clear, water-insoluble, flammable liquid that smells like paint thinner, and is often used as a solvent in nail polishes. Found naturally in crude oil, toluene is also used in degreasers, paints, lacquers, glues, paint brush cleaners, and ink and stain removers.

Exposure to toluene can cause eye and nose irritation, fatigue, dizziness, nausea, and headaches. According to the Wisconsin Department of Health Services, long-term exposure to toluene—such as that which may occur in nail salons—increases risk of damage to the brain, liver, bone marrow, and kidneys.

The Environmental Protection Agency states, “Breathing large amounts of toluene for short periods of time adversely affects the human nervous system, the kidneys, the liver, and the heart. Effects range from unsteadiness and tingling in fingers and toes to unconsciousness and death.”

The DTSC concluded that exposure to these chemicals is a health hazard to nail salon workers and their customers. The mislabeling of the products claiming to be free of toxins and toxic chemicals may be found to be illegal and a violation of California’s state law.

Campaign for Safe Cosmetics co-founder Stacy Malkan commented, “This is a perfect example why we need to reform federal cosmetics laws to ban chemicals like dibutyl phthalate, which Europe did almost 10 years ago.”

How Can You Avoid Toluene?

To cut down on your exposure to toluene, try these steps:

Do you have a favorite toxic-free nail polish? Please share!