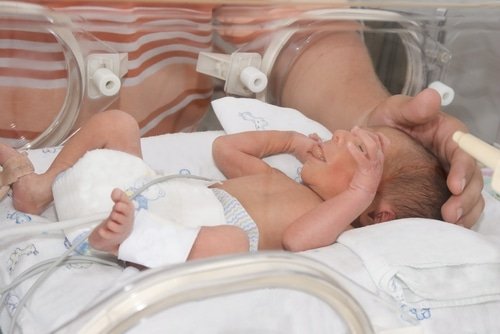 Ready for another synthetic, potentially harsh preservative? Benzyl alcohol is actually a natural ingredient. Many plants, fruits, and teas have it as a component, as do essential oils like jasmine, hyacinth, and ylang-ylang.

Unfortunately, in most personal care products, you're not going to find the natural version. Instead, manufacturers make the synthetic version in the laboratory by mixing benzyl chloride with sodium hydroxide. It's cheaper that way, but not as wholesome, as benzyl chloride is very irritating to the skin. It can also be particularly dangerous to very young children.

Benzyl alcohol was linked to the deaths of
16 premature infants in the early 1980s.

What is Benzyl Alcohol?

Benzyl alcohol is a colorless liquid that has a mild, pleasant aromatic scent. It's also called an “aromatic alcohol,” and is used as a preservative, as a fragrance ingredient, as the active ingredient in head lice treatment, and as a solvent, which simply means that it's used to dissolve other ingredients to make a smooth formula or solution.

Benzyl alcohol also works as an anesthetic, so it is sometimes added to formulas that relieve itching, especially eye products. Most of the time, you'll find this ingredient in bath products, soaps and detergents, eye makeup, blushes, cleansing products, shaving products, makeup, and blush, as well as in hair, nail, and other skin care products.

The FDA has approved benzyl alcohol for use as a synthetic flavoring agent for direct addition to food, as well as an anesthetic in oral healthcare and topical analgesic drug products. The Cosmetic Ingredient Review (CIR) has concluded that its safe for use in cosmetic products, at concentrations of up to 5 percent, and up to 10 percent in hair dyes. The CIR didn't take into consideration, however, the duration of use or the frequency of use when concluding that these levels were safe.

In the European Union, benzyl alcohol is allowed as a preservative in cosmetics and personal care products at a maximum concentration of one percent. If it's used as a fragrance ingredient, the manufacturer is required to list it on the label when it's used at concentrations greater than 0.001 percent in leave-on products, and greater than 0.01 percent in rinse-off products.

Why would the EU care about labeling this ingredient? Because some studies have indicated that it can be a skin sensitizer, meaning that it can cause allergic reactions.

Like many synthetic preservatives, benzyl alcohol can affect the immune system, gradually causing your skin to react. A 1998 study, for example, found that these reactions were possible, with researchers noting that the ingredient “can instigate immune system response that can include itching, burning, scaling, hives, and blistering of skin.”

The Material Data Safety Sheet (MSDS) on benzyl alcohol notes that it is a skin irritant, potentially causing redness and pain, as well as an eye irritant. Prolonged or repeated exposure can cause allergic contact dermatitis. It also warns that it may be toxic to the liver and central nervous system.

Another concern with benzyl alcohol is that like some other preservatives, it can break down to create aldehydes when combined with other chemicals, and one of those aldehydes can be formaldehyde, which is a known carcinogen. Again, the exposure levels are typically small, but still, this is something that you may not be entirely comfortable with.

The Environmental Working Group (EWG) classifies the ingredient as a “6,” or “moderate hazard,” so this isn't one of the horrible ones, but for those with sensitive or reactive skin, it's definitely one to avoid.

The ingredient can be particularly dangerous for very young children. In 1982, the New York Times reported that the deaths of 16 low-weight, premature babies at two medical centers had been related to the benzyl alcohol used as a preservative in their IV fluids. The FDA urged hospitals and pediatricians to stop using the preservative, because two studies had linked the chemical to these deaths.

Benzyl alcohol had been used for years before that to flush out intravenous or arterial catheters after blood samples were drawn, so those same catheters could then be used in feeding or medicating a patient. It was also used as a simple preservative in some intravenous medications. But researchers found that the alcohol's toxic effects were enhanced in very small infants with tiny organs. Symptoms included respiratory failure, convulsions, hypotension, and paralysis.

It is now recommended that benzyl alcohol not be used for any infant products. Most do not carry it anymore, but be sure to check your ingredient lists on your baby products, including your lotions, soaps, shampoos, wipes, etc.

You can easily avoid this preservative by passing by any products that list it on the label. Be careful, as well, with products that simply say “fragrance” on the ingredient list, as that means the product could contain benzyl alcohol, but they don't have to tell you because fragrances are protected as proprietary formulas.

I prefer to use natural preservatives that aren't linked to such health problems, like Aspen bark and jasmine.

What do you think of benzyl alcohol? Have you had any negative experiences with it? Please share your story.