MENUMENU
You are here: Home / Healthy Lifestyle / Giving Flowers — What Message Are You Sending? 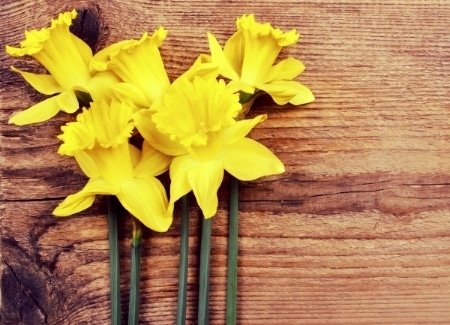 Some things are classic for a reason. Classic, not cliché. Tried and true, generation-to-generation classic.

So if you think that the gift of flowers is going out of style, think again. The beauty of a flower is perhaps the most indisputable truth of life. During “tulip mania” in the early 1600s, a single tulip would sell for ten times what a skilled craftsman made in a year! Now we pay more reasonable prices for beautiful bouquets, but nonetheless, the flower industry brings in over $100 billion annually.

Of course, it was Mother’s Day that got us thinking about flowers, but there are dozens of reasons to gift someone a thoughtful bouquet. Did your roommate finally clean out your refrigerator? Reward her. Did your friend get a promotion? Congratulate him.

We swear we’re not in cahoots with any florists, we just think it feels (and smells and looks) good to express gratitude with flowers. Will any arrangement do? Probably, but you can make a gift more special by choosing blooms that symbolize the message you wish to convey. A rose is a rose is a rose… but what does a sunflower say?

Here is your guide to flower selection this spring. It is one part history, one part myth, with a healthy sprinkle of this author’s interpretation.

Daffodils are true spring flowers, and their association with the season of life gives them a meaning of new beginnings and rebirth. Seeing the first daffodil of the season is said to foretell 12 months filled with wealth. Sounds pretty promising!

Chinese legend tells that if a daffodil is forced to bloom during the New Year, it will bring good luck to your home. These yellow beauties are the perfect flowers to give to someone about to embark on a journey, someone who is down on their luck, or even someone who just had a baby. Be aware, though, that a single daffodil is bad luck! Unless you are trying to jinx someone, always present these flowers in a bunch.

Irises: for Affection and Warmth

These multi-colored flowers were named after Iris, the Greek goddess of rainbows. They symbolize inspiration, affection, and warmth. What better flower to give to a close friend, or someone working long hours on a project? White and blue seem to be the most popular colors, but you can really get crazy with your palette here.

Chrysanthemum: for Happiness and Long Life

It’s story time! Chinese writings as early as the 15th century tell of the cultural importance of chrysanthemums. They were used to cure headaches, brewed as tea, and eaten in salads. Considered one of four “noble plants,” they were prohibited in the gardens of people of the lower classes.

It was believed that if you wiped your mouth with a chrysanthemum after drinking wine and presented the flower to your mate, he or she would love you and remain loyal forever. Sounds like a deal! The story goes that 12 women and 12 men swam from China to the uninhabited island now known as Japan, each carrying a chrysanthemum. There the legends and adoration of the flowers lived on.

Today in Japan, Chrysanthemums are a symbol of the sun, and are celebrated in a yearly “Festival of Happiness.” Add that to your travel bucket list! The myth of chrysanthemums and wine has evolved: the Japanese belief is that a petal placed in the bottom of a wine glass will encourage a long and healthy life. Huzzah!

Bestow these beauties upon a practical lady or gent, as sunflowers represent utility as well as beauty. Their seeds have long been used to produce oil for cooking, and of course are enjoyed as snacks by baseball fans and health nuts alike.

Their likeness to the sun makes them a symbol of brightness and warmth. Not only do sunflowers look like the sun, but they face the sun as it moves throughout the day, a behavior called “phototropism.” Sunflowers are perfect for an arrangement that says, “I want to casually brighten your day, but I am not necessarily in love with you.”

Orchid: for a Little Luxury and Refinement

When I think of orchids, I think of refinement. Maybe this is due in part to the care and attention it takes to keep some species of these flowers alive. One out of four species of flowers on earth is from the Orchid family! So if you buy someone a potted orchid, make sure they know what kind of climate it is adapted for so they can care for it properly.

Greek women are said to have believed that if the father of their unborn child ate large, new orchid tubers, the baby would be a boy. If the mother ate small orchid tubers, she would give birth to a girl. During the Victorian era, orchids were seen as luxurious, magnificent, and delicate. That seems to be the reputation that they have retained. Give this gift to someone you look up to, or someone you are trying to impress.

Are you feeling that rapid heartbeat; that non-weather-appropriate sweating; that jittery, mostly good but somewhat unsettled feeling that if you hadn’t just set your sights on a new specimen, you might think was a symptom of a fatal illness?

Lilacs represent new love, which is one reason why they are popular at weddings, the other reason being that they are completely adorable. If you are feeling those new love flutters, give the object of your affection some lilacs and watch them swoon. (But please don’t post it on YouTube, you're making the rest of us look bad!)

These flowers also represent the love between a mother and a child. So if new love isn’t happening, pass on these blooms to your mama.

Some people consider flowers an impractical gift. You can’t (always) eat them or wear them, and they eventually die, but the frivolous, non-utilitarian, and celebratory beauty of a flower is what makes it special. This month, put some thought into your flower gifts and wow someone with your brilliantly symbolic gift. After all, it’s the thought that counts!

What are you favorite flowers to give or receive? We'd love to know!