Copper for Skin: The Ancient Ingredient for Hydration and Protection 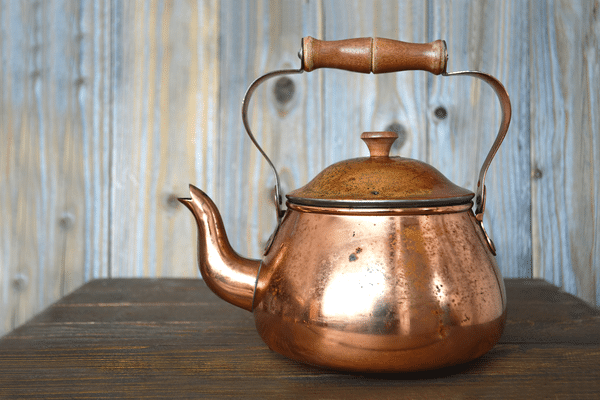 If you’ve ever worn copper jewelry, you may have sensed something entrancing about it. In ancient Egypt, copper was believed to be the symbol of life and to give magical powers to those who wore it.

That tradition has transcended time as many people still wear copper bracelets to ease aches and pains, improve flexibility, and enjoy an increased sense of well-being, though none of these benefits have sound scientific evidence behind them.

What we do have evidence of is copper’s beneficial effects on skin. A powerful anti-aging ingredient helping to prolong the look of youth. In addition, it has a number of other properties that help encourage beautiful skin.

Our Wild Fruit Serum features a very small amount of copper water to give the added benefits of the copper ions to the formula. If you’re wondering why we’ve decided to go with the copper, you’re not alone. We were wondering too but after looking into the benefits, we’re really excited to include this ingredient in the Serum.

Also called the “red metal,” copper is a soft, malleable metal that is the most electrically conductive of all the metal elements. (That’s why you see copper wires in so many of your electronics.)

Copper is found as a pure metal in nature and was believed to be the first metal used by humans, discovered in stone tools over 10,000 years ago. Later, it was cast into shape molds in 4000 B.C., and 500 years after that, combined with tin to create bronze. In ancient Egypt, it was used to sterilize water. It is still used as a purifying agent, lining things like bed rails, sinks, door knobs, and healthcare equipment to cut down any health risks.

Though not a strong metal—it has only about half the tensile strength of mild carbon steel—it’s not easy to break, which is why it’s often used in piping and tube applications. Because it’s easily manipulated, it’s a favorite among artists and jewelers, and its ability to conduct electricity and heat makes it popular in cookware, electrical wire, industrial machinery, and roofing and plumbing.

Copper is also critical for supporting many systems and functions of a healthy body. The Recommended Daily Allowance (RDA) is 0.9 mg.

Plays a Role in Age Fighting

Copper may be up for debate in the ‘giving magical powers’ department but it’s well known as an anti-aging ingredient.

One of the most frustrating symptoms of aging is the loss of tightness we get under the eyes, around the mouth, and under the jaw and throughout the neck. As we age the elements that give skin its firmness do not function as well as they use to. That is where copper comes in, it can help revitalize the appearance of mature skin.

One of the ways that copper helps with the appearance of aging is through its peptide content. Peptides are short proteins that have a number of different functions in the body that are essential to overall health. Copper peptides can help nourish and replenish your skin’s appearance.

Helps the Skin Hold onto Hydration

Copper also helps the skin appear more plump and vibrant. When applied topically, it can help hydrate and firm and tighten your look.

As we age, our levels of hyaluronic acid naturally decrease, which is one of the reasons why skin starts to look a little dull and not as firm. It’s also why we can develop dark areas around the eyes and cheeks.

This is another exciting area of copper in skin care. It helps activate antioxidants, that protect against environmental stressors. We think that’s pretty awesome!

Copper in the Wild Fruit Serum

Now you can be as excited as we are about the benefits of copper in your skin care! It’s helpful for slowing down the aging process in so many different ways that we think of it as an additional wonder-ingredient! Who knew? We hope you love it!

What do you think of copper as a skin care ingredient?