Bottled Water, Tap Water or Filters: Which one is the best? 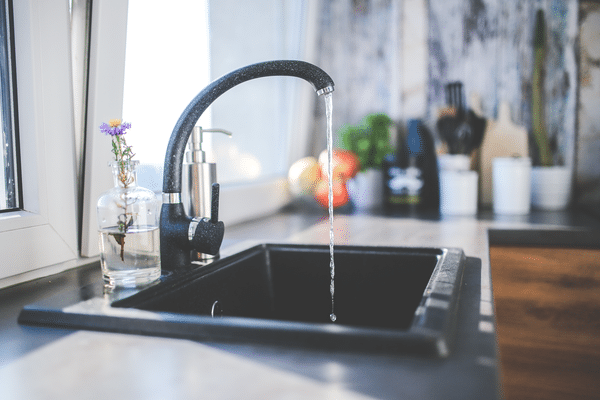 We used to take our water for granted.

We rarely think about where it came from, or what it may have in it.

Then bottled water came on the scene. At first, it was a nice convenience, and a healthy alternative to sugar-sweetened beverages. But then there was all that plastic clogging up our oceans and other waterways, say nothing of our landfills.

Better to drink tap, we all thought.

So we went back to our faucets, but then we heard stories of the contamination. Back in the 1980s, perfluorooctanoic acid (PFOA) from the DuPont plant (Teflon) contaminated drinking water in Ohio and West Virginia.

Decades later, in 2015, the same chemical popped up in Hoosick Falls, New York, and several other nearby areas in the Northeast, spurring the EPA to issue a new, lower level recommendation for PFOA.

Then there was the astounding recent case of contaminated water in Flint, Michigan, where after the state decided to switch the source of their supply from Lake Huron to the Flint River, between 6,000 and 12,000 children were exposed to drinking water with high levels of lead.

It’s enough to confuse even the least eco-conscious individual, who care about their own health, but also want to do what’s best for the planet.

Where do we go for our water? What’s the best choice?

What’s Really in that Bottled Water?

You already know that bottled water is contributing to environmental waste, but you may not know the details:

But let’s put aside all the environmental problems for a minute. Is bottled water better for you? In other words, is it less toxic than tap water?

In many cases, no. According to the Natural Resources Defense Council (NRDC), an estimated 25 percent or more of bottled water is really just tap water in a bottle, sometimes further treated, but sometimes not.

The NRDC conducted their own tests on water bottles, and found that of the 1,000 bottles they tested (about 22%) contained chemicals above state health limits in at least one sample. They also found that samples of two brands were contaminated with phthalates—toxic plasticizing chemicals linked to asthma, hormone disruption, diabetes, and other health issues.

You’d think that government regulation would help reduce the risks, but the problem is that two different organizations regulate tap and bottled water. The EPA regulates tap, but the Food and Drug Administration (FDA) regulations bottled. That means that while tap water has to be disinfected, filtered to remove pathogens, and tested for viruses, bottled water doesn’t have to be.

City water is also tested more frequently than bottled water. Manufacturing plants have to test for bacteria just once a week—city tap has to be tested 100 or more times a month.

And don’t think you can get around these issues by buying a certain type of bottled water. The EPA notes that labels can be confusing.

They add that bottled water can come from a ground water source, just like tap water, or from surface water source, like a river or stream. Most comes from groundwater, which is generally safer, but some comes from the public water system and just receives additional treatment before its bottled.

What about the bottle itself? Some studies have found that toxic phthalates can leach from the bottle into the water over time. One study, for example, found that water stored for 10 weeks became contaminated with phthalates.

Most bottles today are considered safe, but if they’re stored in hot or warm temperatures, leaching becomes more likely. Even leaving a bottle in a hot car can change it enough to allow chemicals into the water.

So Is Tap the Better Option?

Considering all this, it certainly seems like tap water would be the better alternative.

You definitely get rid of the plastic problem with tap. There are no bottles, and you aren’t exposed to any chemicals leaching from the plastic.

But how safe your tap is depends on a number of things. These include:

There still are risks for contamination with tap water. According to the Environmental Working Group (EWG), since 2004, testing by water utilities discovered pollutants in tap water. A 2003 study, for example, reported that the quality of drinking water varies from place to place, and that some can be contaminated with arsenic, fluoride, or pathogens.

A 2009 article in Scientific American reported on a three-year EPA study that found 202 unregulated chemicals in the tap water of 45 states. A similar EWG analysis of 20 million tap water quality tests taken between 2004 and 2009 found 316 contaminants, including weed killers, industrial solvents, refrigerants, and perchlorate.

The EPA regulates 114 of those contaminants, setting maximum levels that were achieved 92 percent of the time, but the EWG expressed concern about the rest of the chemicals, which have no federal safety standards. (Find the EWG’s top –rated and lowest-rated water utilities from their 2009 testing here.)

The EPA is considering regulating additional chemicals, including pesticides and disinfection products, but these things take time, and so far we’re still waiting on most. The EPA has stated that it is “developing or reviewing regulations for certain drinking water contaminants,” including lead, copper, perchlorate, and chromium.

Option Three: Use a Water Filter

With the reports out of the Northeast and Michigan areas, many people are understandably nervous about their tap water supply.

You can get more detailed information on your water by ordering a do-it-yourself water testing kit, or arranging for a water quality test from a water filtration company. You can also ask for the annual drinking water quality report from your water supplier. Called the “Consumer Confidence Report (CCR),” it tells you where your water comes from and what’s in it.

The EPA has a handy page here where you can insert your state and county to receive more information on your water.

If you have a private drinking well, realize that the EPA does not regulate that, and that many states and towns don’t require testing after installation. It’s up to you to get your water tested regularly.

Finally, the best option all the way around may be to install a filter on your water faucet. You won’t be using bottled water and contaminating the environment, and you’ll be adding another layer of safety to your tap water supply.

Here are a few good guidelines to follow when purchasing a filter:

Do you filter your water? Please share your thoughts.

The Huffington Post – Plastic Water Bottles Causing Flood of Harm to Our Environment.

NRDC – The Truth About Tap