MENUMENU
You are here: Home / Ingredient Watch List / Are You Polluting Our Waterways with Plastic Microbeads? 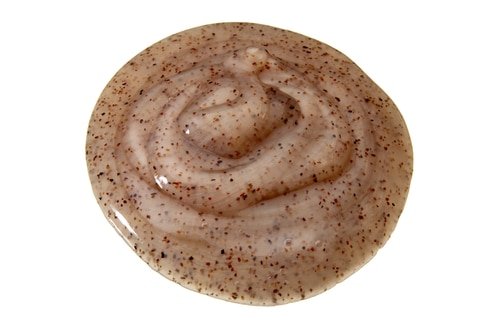 Have you used those body washes that have little exfoliating beads in them? Did you ever check to see what those beads are made of? If you did, were you able to figure it out from the label?

Turns out that in many products, those little natural-looking beads are anything but natural—and thousands of them are now polluting our lakes and streams.

Those little exfoliating microbeads in your body wash could be tiny pieces of plastic that will wash down the drain to pollute our waterways.

According to recent news reports, tiny bits of plastic from body washes and other products are polluting the great lakes. In a new study by the 5 Gyres Institute, a Los-Angeles-based research group, scientists found more than 450,000 plastic particles per square kilometer in Lake Erie, double what similar surveys have found in oceans. In a similar survey last year, comparable levels of plastic microbeads were found in samples from Lake Superior and Lake Huron, as well.

The problem is that these little balls of plastic are less than a millimeter across in size, so they’re too small be be caught by water treatment plants. Instead, they flow right through to pollute waterways. And it’s not only body washes and facial scrubs that have them. Since they make products smooth and creamy, they are also found in toothpastes, sunscreens, lip glosses, shampoos, deodorants, and soaps. Estimates are that one facial cleanser tube contains 350,000 beads.

Plastics May be Contaminated with Other Toxins and Toxic Chemicals

Though these beads are polluting the environment, that’s not the only concern. Fish and other wildlife may also be consuming them by accident. Already in ocean environments, fish and birds are known to feed on microplastics, mistaking them for fish eggs. If the particles are soaking up toxins and chemicals from the water, and then being eaten—particularly by fish—they could end up moving up the food chain to humans.

Both of these chemicals are linked with cancer and birth defects

Campaign to Get Microplastics Out of Personal Care Products

It’s clear that using these microbeads in our personal care products is not a good idea. So far, we have no way to protect our waterways from the plastic pollution. The only solution is to stop using these products, and/or to convince manufacturers to stop making them. There are, after all, a lot of natural options.

The 5 Gyres Institute has already launched a campaign to get manufacturers to use alternatives for these exfoliating microbeads. Three companies have already agreed to do just that by 2015:

Proctor & Gamble also agreed to phase out the microbeads by 2017. The institute is pressuring them to do so sooner. Meanwhile, if you want to get involved, learn more about this campaign at:

“Get the Plastic Off My Face and Out of My Water Now!”

Meanwhile, if you want to avoid contributing to the profits manufacturers are making off these polluting ingredients, read labels and avoid any product that says:

Instead, look for products that use natural exfoliants, including coca beans, sea salts, sesame seeds, sugar, and the like. Crushed nuts work too, but they can be too abrasive for sensitive skin.

Have you used any of these products with plastic microbeads? What do you think about the scientific findings?