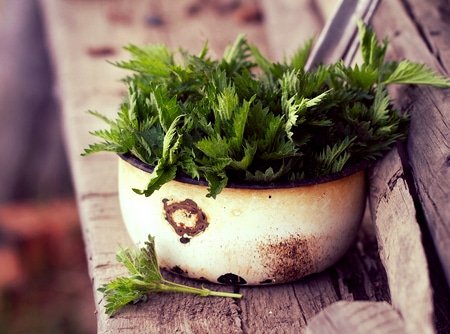 Ah, what we do to try to improve our appearance.

A 2014 survey by Today/AOL discovered that women spend an average of 55 minutes every day working on how we look—which amounts to two weeks a year. Enough for a lovely vacation.

The survey also found that 60 percent of women have negative thoughts about themselves weekly—compared to 36 percent of men. An earlier survey by Glamour magazine discovered that a shocking 97 percent of women admitted to having at least one “I hate my body” moment per day.

All these worries over how we look can lead us to doing some pretty strange things in the name of beauty. We looked into five so-called “natural” beauty treatments that have become popular as of late. Are they really worth the discomfort and sometimes downright pain, or would we be better off saying some positive affirmations instead?

Advertised as a natural alternative to Botox, face-slapping is said to have originated in Thailand, where it’s a popular part of the massage services offered there. There are now a few places in the U.S. that will slap your face for you for around $350 a treatment, after which you are supposed to walk out with firmer skin, faded fine lines and wrinkles, less visible pores, and an overall more vibrant appearance.

Practitioners don’t necessarily call what they do “slapping,” though. The treatment is called that, but when describing the technique, they’re more likely to use words like “face-firming massage,” “firm patting,” “thumping,” “pushing,” and “manipulating the tissues.”

Is there any real benefit to a treatment like this? We have no quality studies on it, and dermatologists remain skeptical. We can guess that the slapping would increase blood circulation for a short time, and may result in some swelling that would make your fine lines look a little less prominent for a couple hours. Long-term benefits? We don’t see it, but if you’ve tried it, let us know what you think!

Does it hurt? Most who’ve tried it say it’s no big deal.

Apparently one of the episodes of her show featured her going through this treatment (also called “Sephyl”), where the esthetician administered injections of Kim’s own blood back into her face. It wasn’t a pretty sight—or sound, as Kim moaned and groaned in pain.

The idea is that the blood injections are supposed to help release growth factors into the skin that firm and rejuvenate it. Practitioners draw blood from your arm, and then use it to create a “product” that has tissue-building elements.

To do this, they first isolate the platelets and then add in some thrombin or calcium chloride to make so-called “plasma-rich platelets.” These contain your own growth factors, which are known to help wound healing and may also stimulate collagen production. They then inject that plasma back into your face, using what’s called a “dermapen”—a tool that has several tiny micro-needles positioned in a circle that penetrate skin to allow absorption of the blood product.

Estheticians can use a numbing product on your skin before you start, and some patients say they feel practically no pain. The skin is left looking red and sunburned for about the first day, after which you are supposed to begin seeing results.

The advantage, they say, is that since the treatment uses your own blood, there is little danger of an allergic reaction—and it’s an “all natural” alternative to chemical injections.

Does it really work? At this point, we don’t know. Again, we have no well-controlled studies on the procedure. (Oh, and you’ll be out about $1,500 for one bloody face.)

Since we’re putting some rather unsavory things on our faces, why not snails?

Said to have originated in Asian countries (this treatment is also reportedly popular in Thailand), snail facials are just what they sound like—you sit in a chair and let snails crawl around on your face. As they do so, they leave trails of mucus slime in their wake. That slime contains great stuff for your skin, according to practitioners.

In fact, making stuff from snail mucus is an ancient practice. The physician Hippocrates was said to have used crushed snails and sour milk to soothe skin inflammations. The French have also employed the essence of escargot in beauty lotions and creams.

Snail mucus does contain proteins, antioxidants, and plumping hyaluronic acid. Whether these nutrients actually do anything for your skin when the snail crawls across it, however, we just don’t know. We have no clinical trials on that. Those who administer the treatments say most people enjoy it and find it relaxing, and that afterwards, the skin is firmer, softer, and more youthful looking. On top of that, the treatment is “natural,” and contains none of the chemicals that most other treatments contain.

Is it safe? Some dermatologists have expressed concern that snails can sometimes harbor parasites that can cause serious health problems. There’s also the concern about cross-contamination when snails who “worked on” one face get transferred to another.

Most spas specializing in the treatment, though, pride themselves on how well they care for their little gastropods. The critters eat only an organic diet in most places and are supposed to be quarantined after a treatment for a certain amount of time, so they arrive fresh to your face.

This treatment comes from Japan and is said to have been used since the 1600s by the geishas. They reportedly applied nightingale droppings to their face to cleanse the makeup, heal the skin, and restore their appearance. (The bird is called the “ugiuisu” in Japan, or the Japanese bush warbler.)

Today’s spas often import the poop from Japan, where it’s sourced from nightingales raised specifically for their prized excrement. To help you get over the “gross” factor, know that it’s sterilized and stored in a powder state, and then mixed with rice bran and turned into a liquid.

What is it about nightingale poop that beauty practitioners prize? It apparently contains enzymes that help exfoliate and soothe the skin, as well as natural guanine, an essential part of DNA. You’re supposed to emerge feeling rejuvenated, with skin that is more vibrant. Acne sufferers have also touted this as the panacea for unsightly breakouts, as it’s said to cleanse pores, control oily skin, fade discolorations, and brighten skin tone.

It will cost you about $200 per treatment. No studies on this one either, but the risk of problems or side effects is low. And it is natural.

If you've ever been hiking someplace with stinging nettle growing wildly, perhaps you've experienced their wrath.

Stinging nettles have tiny spines that inject chemicals silicic acid and histamine. You'll feel the sting long after you've come into contact with these painful but actually quite beneficial plants.

Not only is nettle great in pestos and juices (blending it up removes the sting), but stinging yourself with them can invigorate your skin in an anti-aging kind of way.

Want to learn about some ancient beauty rituals, some of which are just as cringe worthy? See this post.

What do you think of these strange beauty treatments? Please share your thoughts!

Glamour – Shocking Body-Image News: 97% of Women Will Be Cruel to Their Bodies Today